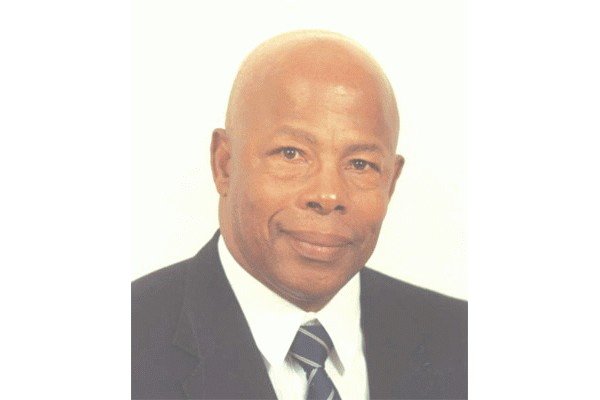 Basseterre, St Kitts, May 11, 2021 – Former chief minister of Anguilla, Hubert Hughes is being remembered for his sterling contribution to the development of Anguilla, the Organisation of Eastern Caribbean States (OECS), and CARICOM.

“His courage, charm, resilience and passion were as amazing as was his political career,” said St Kitts and Nevis’ former prime minister and current Leader of the Opposition, the Right Hon. Dr. Denzil L. Douglas in a statement following Hughes’ death on Sunday at the age of 87 years.

“He roared like a Lion to represent the development interests of the good people of Anguilla. In fact, when Hubert became Chief Minister in 1994, I was then the Opposition Leader of St. Kitts and Nevis. I called to congratulate him on his ascendency to the pinnacle of leadership and political power in Anguilla. Though obviously overjoyed and caught up with celebrations, he took the time to encourage me on my own leadership journey, which I realized one year later. He was a true Comrade and Stalwart of the St Kitts-Nevis Labour Party (SKNLP),” Dr. Douglas said.

He noted that after Mr. Hughes lost the general election in 2000, he returned on the wishes of the people with an innovative vision, and served again, as Chief Minister from 2010 to 2015.

“I will remember the Comrade Chief Minister as an enormously driven leader with the capacity to recall for hours unending the political history and struggles of the people of Anguilla, and of St Kitts and Nevis, under British colonial rule. His life was pregnant with caring, wisdom and compassion to bring Anguilla into the light of progress and prosperity. May his shining example, therefore, continue to inspire the next generation of leaders to bring hope to the people of Anguilla,” said Dr. Douglas.

“The former three-time Hon. Chief Minister will also be remembered for his significant contributions to the growth of the OECS and the advancement of the peoples of the Caribbean Community (CARICOM),” recalled Dr. Douglas, who chaired several Eastern Caribbean Currency Union (ECCU), Organisation of Eastern Caribbean States (OECS) and CARICOM Community meetings that Mr. Hughes attended in his capacity as Chief Minister and Minister of Finance of Anguilla.

“We extend our profound condolences to his dear wife and family members at home and abroad and the people of Anguilla as we pray for God’s comfort and guidance through this period of mourning. May the Soul of our fallen comrade rest in peace from his labours, and rise in eternal bliss with the Master,” Dr Douglas said.

Mr. Hughes died on Friday, May 7, and was the longest serving politician in Anguilla, having contested every election from 1976 to 2010.

The last public occasion Mr. Hughes attended was a Service of Thanksgiving in October 2020 to celebrate his birthday and his life. The event followed a road-naming ceremony, earlier that evening, when the South Hill stretch of road was officially named the Hubert Benjamin Hughes Drive in honour of Hughes’ tenure in government and for his admirable service to the people of Anguilla.