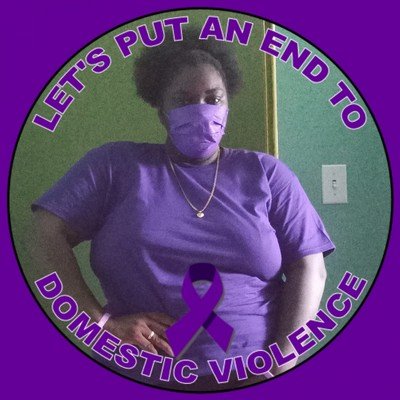 “Firstly, the reason why I started Silence No More is because I was a victim of domestic violence for seven years, and thankfully I came out of it with all my limbs intact. That is what motivated me to start Silence No More. We started off as Woman to Woman because we were focusing on women, but we later changed the name because we also include men and children because men and children get abused as well,” said Morton during the November 15 broadcast of ”Voices ” hosted by Sylvester ”Socrates” Hodge.

“I stayed there [in the relationship] that long because I was naive, and I was also ashamed because I didn’t want people to be judging me because of the situation that I’m in … I was already partially isolated from my family, so I felt like I couldn’t turn to them.”

Morton’s involvement in a workshop teaching women to be more assertive, coupled with her determination to leave, allowed her to escape her situation.

Out of that experience, the activist created a Domestic Violence Awareness group. Silence No More is a community-based group to educate the public on domestic violence issues.

“Over the years, Silence No More has been doing a whole range of activities. We have an annual breakfast symposium each year in October, where we have our week of activities. And that includes [different presenters who come and present] on different topics of domestic violence,” explained the Founder, Morton.

Although Domestic Violence Awareness Month was in October and is usually commemorated with 16 days of activism, Morton explained that because of financial constraints, the 16 days were pushed back and will commence on November 25.

Some of the activities include an address to the nation by the Hon. Eugene Hamilton, Minister with responsibility for Gender Affairs on November 25.

On November 26, the official launch of 16 days of activism against gender-based violence at the Villa Grounds in Nevis. A health fair will be hosted on November 27 for women at Molineux. A church service on the 28th at the temple at 9 a.m. On Monday, November 29, in Nevis, a panel discussion with the Hon. Eugene Hamilton, and more.

To see the full interview with Petra Mc Sheene-Morton: