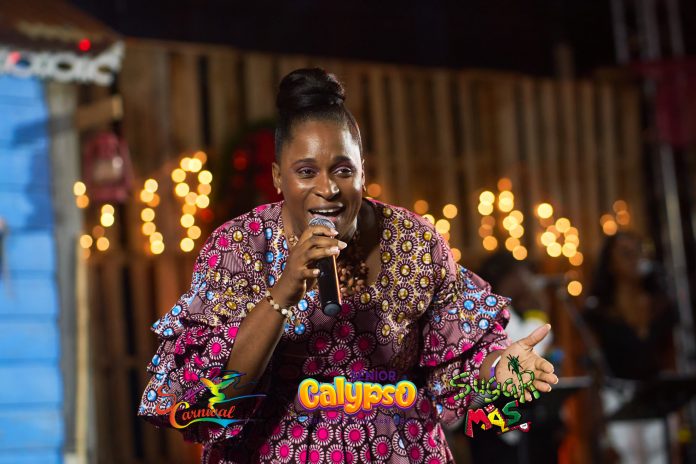 Ms. Esdaille’s place in carnival history does not end there, however. She is also a former St. Kitts Talented Teen, who won the pageant in 1992 and then went on to win the Haynes Smith Caribbean Talented Teen title in 1993.

Esdaille, who was crowned Miss St Kitts and Nevis in 1996, remained involved in pageantry and carnival including serving as a radio commentator on WINN for both queen and calypso shows.

Now performing Kaiso as “Queenie G”, she captured the coveted Senior Kaiso title from a field of 20 performers at Tuesday night’s finals.