From the Supervisor of Elections – Vol II. Issue No 7: The Objection Process 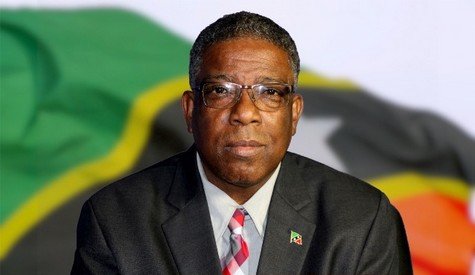 As we prepare to release the Annual Register of Voters due out by 31 st January, it is timely to discuss the process of objections that this list may give rise to. It is important to do so as, under my watch, the office was challenged twice at the High Court – in December 2017 and in June 2020. Both times the challenge was not the rightness or wrongness of the decision, but rather whether the process was followed.

Objections result in hearings. They are magisterial in nature in that they are evidence based. Notice I said evidence, i.e. information provided under oath, and preferably via affidavit. In fact, until recently, hearings were only conducted at the magistrate’s courts.
An objection to a registration must be made on Form 8/9, available at the Electoral Office.

It would help if the objector state more than that the voter “never lived” at the address given. It is preferable to add the address where the person is said to live. This statement that must be elaborated at the hearing, under oath. He who objects has 10 days from the posting of the list to do so.

Notwithstanding, whatever cause is presented for the objection, the person being objected to, the objectee, is notified of the objection on Form 12. This form advises the registrant of the time and place where the hearing is to be held and invites him/her to attend. The notice ends by giving the Registration Officer the authority to make a decision one way or the other, even if the objectee does not attend.

The form does not require the identity of the objector. This notice, by law, must be sent out, either by registered mail or in writing of which there is evidence that it has been received by the objectee. We have started to deliver these specific notices by Bailiffs, who provide notice of delivery via a sworn affidavit of service. Also, by law, these notices must be delivered within 15 days of the receipt of the objection.

These timelines are critically important as they can be a determining factor in court challenges. This was so the case(s) of 2013.

On Form 13, the objector is also notified of the date and time of the hearing, and advised that unless the objector appears, the matter shall be determined in his/her absence.
The law gives the Registration Officer an option of verifying the information presented. The language is instructive: “the Officer may, before considering the objection, carry out an investigation and visit the address in question for the purpose of ascertaining whether the person resides there.”

Like any other court case, the law places the burden of proof on the objector; the objectee has no obligation to defend but can do so if he/she wishes. Upon hearing the objection and a decision is reached and communicated, the aggrieved party has the right of appeal to a Judge in chambers, but must do so within 7 days.

These steps are prescribed to ensure the hallmark of our electoral system; that is one person one vote in the right place and fairness to all.