Frontier Airlines and Spirit Airlines, Both With Frequent Stops in USVI, to Merge in $6.6 Billion Deal 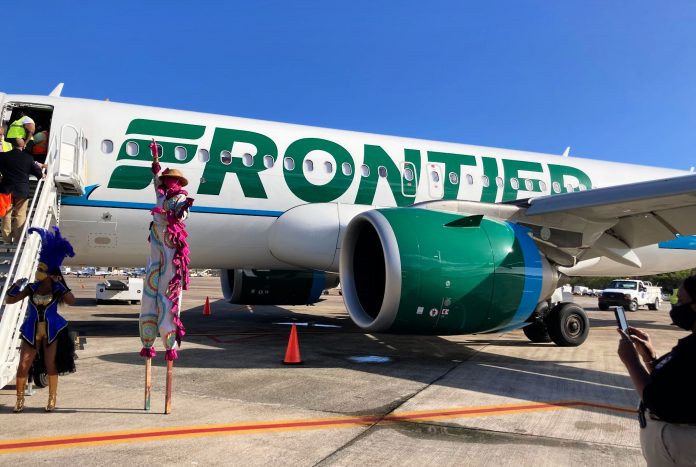 (VI Consortium) Frontier Airlines has agreed to purchase Spirit Airlines in a deal valued at $6.6 billion, an action that merges two of the U.S.’s largest low-fare carriers. Both Frontier and Spirit have regular flights to the U.S. Virgin Islands.

Once the deal is closed, Frontier will own 51.5 percent of the combined company, while Frontier Chairman William Franke will become chairman of the merged companies’ board, according to a release issued Monday.

“We are thrilled to join forces with Frontier to further democratize air travel,” said Ted Christie, president and CEO of Spirit. “This transaction is centered around creating an aggressive ultra-low fare competitor to serve our Guests even better, expand career opportunities for our Team Members and increase competitive pressure, resulting in more consumer-friendly fares for the flying public. We look forward to uniting our talented teams to shake up the airline industry while also continuing our commitment to excellent Guest service.”

“Together, Frontier and Spirit will be America’s Greenest Airline and deliver more ultra-low fares to more people in more places,” said Barry Biffle, President and CEO of Frontier. “I couldn’t be more excited for our team members, customers, partners, the communities we serve and our shareholders.”

Frontier said consumers will win with more ultra-low fares to more places because of the deal, which will result in the following:

Offer more than 1,000 daily flights to over 145 destinations in 19 countries, across complementary networks.

Expand with more than 350 aircraft on order to deliver more ultra-low fares.

Increase access to ultra-low fares by adding new routes to underserved communities across the United States, Latin America and the Caribbean.

By 2026 Spirit and Frontier expect to add 10,000 direct jobs and thousands of additional jobs at the companies’ business partners.

Team Members of the combined airline will have better career opportunities and more stability as part of the most competitive ultra-low fare airline in the United States.

Frontier and Spirit will be “America’s Greenest Airline”, according to the release, providing nationwide access to sustainable and affordable air travel. The combined airline will have the youngest, most modern and fuel-efficient fleet in the United States, featuring the largest fleet of A320neo family aircraft of any airline in the country. The combined airline is expected to achieve over 105 seat miles per gallon by 2025.

The companies are also expecting shareholders to gain as a result of the deal.

On a combined basis, the company would have annual revenues of approximately $5.3 billion based on 2021 results.

Once combined, Frontier and Spirit expect to deliver annual run-rate operating synergies of $500 million once full integration is completed, which will be primarily driven by scale efficiencies and procurement savings across the enterprise with approximately $400 million in one-time costs.

The combined airline is expected to have a strengthened financial profile, with a cash balance of approximately $2.4 billion as of the end of 2021 on a combined basis.