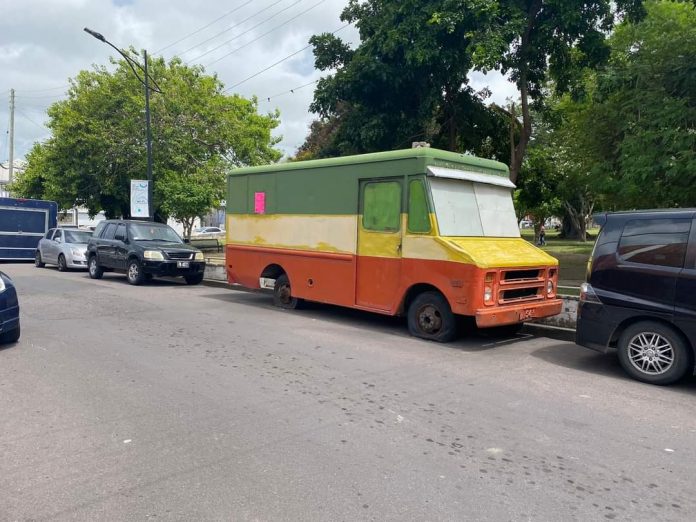 A video was posted to the Facebook page of the opposition St. Kitts-Nevis Labour Party with a young man by the name of Mr. David Heyliger, co-owner of Samantha’s Diner, a mobile food truck which operates by the Independence Square in Basseterre.

In the two-minute long video, Mr. Heyliger expressed his disappointment with the decision taken by the authorities and claimed that he was made aware, early, of the government’s intentions for food trucks and mobile businesses to cease operations.

“Because of us living in such a small society, you heard chatter about people moving us,” Mr. Heyliger said, later confirming that he received official correspondence from a top law enforcement official.

“I spoke to him and I asked what was going on and he was basically saying we need to cease operations and we cannot conduct any business until they figure where to put us,” Mr. Heyliger continued, adding that “I decided to engage him a little more and said ‘with all respect sir, don’t you think it would be better for you guys to figure out where to put us first and then stop our operations? Taking in mind that we just came out of a 24 hour lockdown, we can’t make any kind of money, none!”

“Instead of finding an alternative for the food vendors, they were asked to cease and desist!” a post dated July 18 on Facebook stated, suggesting that the authorities should “simply allow the people to continue their operations until y’all find places for them to go!”

During the July 13 edition of “Leadership Matters”, Superintendent Henry explained that “a committee is actively working on identifying space within Basseterre to accommodate these food vendors and very shortly we hope that we will be able to make an announcement as to where these persons will be relocated to. We have a number of areas that are being considered and we are weighing the pros and cons of these areas so that we do not create another problem. We want the whole system of vending to be organized and to ensure there is safety for the vendors themselves and for the patrons.”