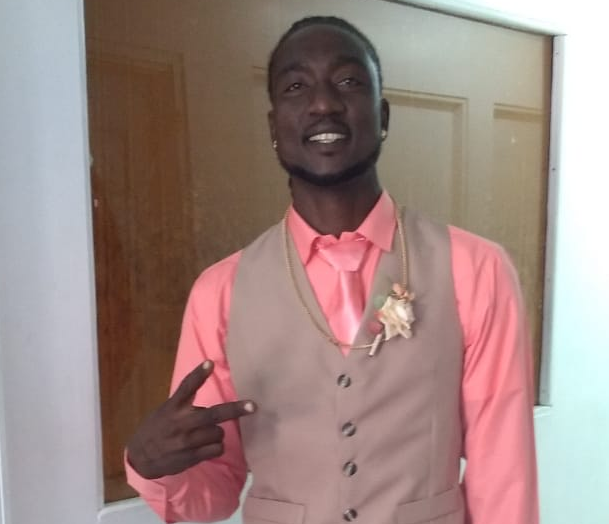 St Kitts and Nevis (WINN): Jahmarie Rogers was emotional on Saturday night, April 9, when a fundraiser event was held to assist him with medical expenses. Jahmarie was recently diagnosed with lung cancer and is seeking to travel to Barbados for medical attention.

The goodwill gesture was organised by Mr. Delwayne Delaney who upon hearing about Jahmarie’s condition, sprang right into action. WINN FM spoke to Delaney on Monday afternoon, April 11, where he gave a synopsis of the Jamarie Rogers Fundraiser Event.

Delaney said he first heard about Jahmarie’s medical condition from one of his family members. He then had a personal conversation with Jahmarie and it was during that conversation the decision was made that something must be done to assist.

Delaney said, having left the conversation, he went straight into thinking mode and came up with an idea that was proven to be a success.

“Knowing me, I went and I thought about what can be done in short order and I started to engage a bunch of DJ’s, because he was known to go out and engage and party and that sort of thing. So, I know many of the deejays would have known him and seen him around (Jahmarie Rogers) and the response was tremendous by the deejays; so much so that some of them (deejays) cancelled their personal event, some of them who were booked, asked if they can be apart but perhaps at a suitable time to accommodate them. We had persons who weren’t initially contacted, but contacted me to say, hey put me in, sign me up; I want to be apart, I want to be apart, I want to support this initiative.”

Delaney said it was a united effort in support of this cause, as persons from all sections of society attended the event and gave financial assistance to Jahmarie Rogers.

According to Delaney, “My target would have been EC $10,000, which in my view would have been a very successful event and coming close to doubling that target, just speaks to the outpouring of love and support for Jahmarie.”

Together, EC $18,502.45 in financial assistance was picked up on the night of the event. However, Delaney informed that the opportunity remains open for additional persons to make financial donations. Delaney said Jahmarie has indicated that he will be setting up a bank account with an attached mobile banking platform. The account information will be made public as soon as possible.

Jahmarie Rogers was born in Anguilla but was raised and lives in Conaree St.Kitts. He has dependents and is self employed. Delaney used the opportunity to extend gratitude to the DJs and artists, the Conaree community and surrounding communities, as well as the passers-by who donated to Jahmarie’s medical expenses during the fundraiser event. He also expressed gratitude to the doctors, nurses, family, friends and those who are constantly praying for Jahmarie, as we work towards ensuring that he gets speedy specialty care on his road to recovery. In addition, Delaney said, they were able to solicit the services of Creole Restaurant and 869 ToGO, who will provide lunch and delivery services respectively, to Jahmarie on a daily basis. In this regard Delaney expressed gratitude to both businesses for such a kind gesture.

“I want to make a special appeal as well, for not only Jahmarie’s situation, but for other persons who might not have the financial resources and is battling some other ailment or illness; that we jump on board and we work together to ensure that some sort of funds or support can be achieved. It doesn’t necessarily have to be financial, but it can also be a word of encouragement; a call, a good word, or a good deed. Those things go a long way.