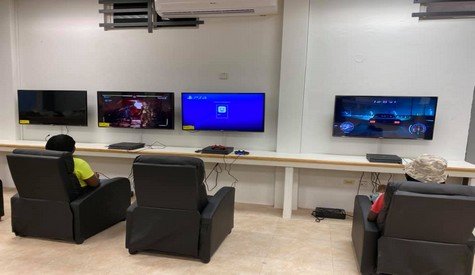 St Kitts and Nevis (WINN): ‘GameOn!’ will host an ESports style gaming tournament on Saturday (September 26) from as early as 4:30 pm to facilitate registration of participants into the tournament’s bracket.

This tournament is the federation’s first professional Mortal Kombat 11 Tournament.

‘GameOn!’ Video Gaming Lounge is a gaming center located in the E.C. Daniel Building next to the gas station on Cayon Street.

At the high-end gaming lounge visitors can stop by and enjoy a huge variety of adventure, shooter, racing, and fighting games on both consoles and virtual reality.

The tournament represents a good first step to creating a national E-Sports team to compete on an international level.

ESports has turned into a hundred million dollar industry.

According to an article posted on Business Insider about the ESports Industry Revenue Stats, most projections put the ESports ecosystem on track to surpass $1 billion in revenue for the first time this year. And, revenue is expected to grow from here.

However, it would take some time before St. Kitts and Nevis enters that stage with the right support.

‘GameOn!’ is providing an opportunity to prove that ESports could be a viable career for people within the federation.