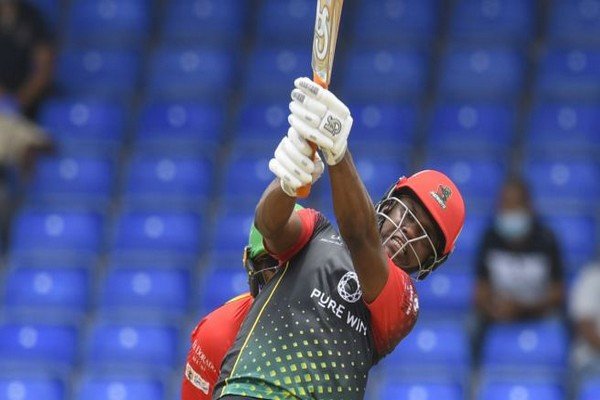 In front of a home crowd, St Kitts and Nevis Patriots secured a place in the 2021 Hero Caribbean Premier League (CPL) final with a dominant seven wicket victory over the Guyana Amazon Warriors.

The Patriots won the toss and chose to field first. Despite a bright start from the Amazon Warrior’s openers, wickets tumbled in the middle overs before a late burst from Shimron Hetmyer took his side to a substantial 178/9.

In their chase, the Patriots once again opted to open with Chris Gayle, and he laid the platform for a successful chase, lashing the ball into the stands on numerous occasions, before Evin Lewis then took over to guide his side to a crushing victory.

The Warriors consolidated after losing Brandon King in the fourth over of their innings, with Chandrapaul Hemraj and Shoaib Malik patiently building. However, three wickets in three successive overs, including that of Captain Nicholas Pooran, saw the side collapse, reaching 131-8 at one point. Spinners Jon-Russ Jaggesar and Fawad Ahmed were exceptional for the Patriots during this period. It was left to Shimron Hetmyer to salvage the innings and he did so in spectacular style, scoring 45 runs from 20 balls, including a remarkable 25 runs from the last over of the innings.

St Kitts and Nevis Patriots in turn reached their highest power play score of this year’s Hero CPL, Gayle and Lewis bringing up 68-0 after the first six overs. Gayle was in destructive form, scoring 42 from 27 balls, and after he fell to youngster Kevin Sinclair, it was Lewis who took responsibility to lead the chase. Supported by captain DJ Bravo, who promoted himself to number three, Lewis blasted 77* off just 39 balls as the Patriots won with thirteen balls to spare.