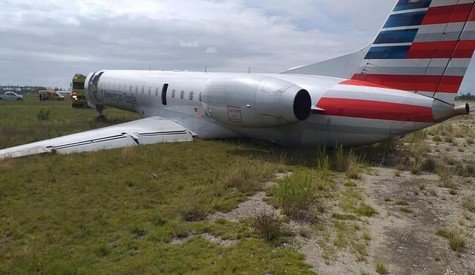 On Saturday, an American Airlines flight from Miami to Freeport overran the runway just before noon.

According to reports, the Embraer ERJ-145LR, which had traveled from Miami, experienced some mechanical difficulties on the runway after landing and skidded off the runway.

The 25 passengers and three crew members were confirmed to be safe.

Chief investigator of Air Accidents Delvin Major confirmed that a team from the Air Accidents Investigation Department arrived on the island yesterday.

Major said: “My team did leave to go to Freeport to do an investigation. They left a little late because of the weather but they made it in. When they are done with the investigation, a recovery team which I understand is already in Freeport will move the aircraft.