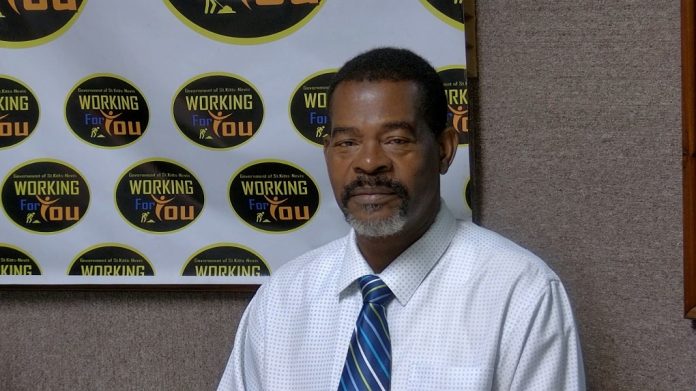 Basseterre, St. Kitts (SKNIS): In April of 2018, the Department of Agriculture and Ross University School of Veterinary Medicine entered into an agreement to introduce a Goat Breeding Programme with an objective to improve the Federation’s local goat flock.

Director of Agriculture, Melvin James, announced during the radio and television show ‘Working for You’ on February 24 that the Department of Agriculture is proud to announce successes in the Goat Breeding Programme.

He said, “I am happy to report that we have brought in three males and so far, we are able to get 103 young kids from the breeding programme.”

“As we speak about transforming agriculture, one of the things we have to do is to be able to get the animals to have a greater weight gain in a shorter period of time,” Mr. James said. “We introduced a more superior blood, a more superior male that grows faster and puts on weight faster.”

The name of this special type of goat breed is called the Boer which is a goat specialized for meat as it is well known for putting on weight in a shorter period of time.

“The Federation has available to it now 103 improved animals and of course we will continue to do breeding, and we have 34 males so those can be used as stud males, some 68 females, and so they are available for sale, and folks can have them and improve their stock.”

The Goat Breeding Programme initially began in 2018 at Bayford’s but experienced setbacks such as sickness of animals, shortage of water, and lack of transportation.

The animals were then moved to a private farm in Parson’s Village where the breeding resumed in March of this year.
The overall budget for the Goat Feeding Programme is an estimated EC $18, 663.91.

US Recommends ‘Pause’ for J&J Vaccine Over Clot Reports

Log on to our Audio stream for In The Lab.mixlr.com/winn-media ... See MoreSee Less

Statement from CPDC on the La Soufriere Volcano Eruption in St Vincent and the Grenadines - www.winnmediaskn.com/?p=11179 ... See MoreSee Less

Statement from CPDC on the La Soufriere Volcano Eruption in St Vincent and the Grenadines - https://www.winnmediaskn.com/?p=11179

"We Stand With You and We're Here to Help" High Command Tells RSCNPF Officers from St Vincent and the Grenadines - https://www.winnmediaskn.com/?p=11176

The Villa Grounds in Charlestown, Nevis was filled

Is due care and attention enough to avoid accident

The following is a press release from the Nevis To

St. Kitts and Nevis vaccination report as of Mon 1