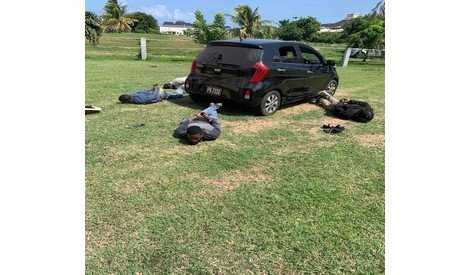 St Kitts and Nevis (WINN): Four men accused of the armed robbery of the Gulf View Apartments in the Frigate Bay area are reportedly out on bail.

A fifth suspect in the robbery has not been named nor located by police.

The men reportedly clad in bulletproof vests were arrested in the area while trying to escape the scene in a vehicle with fake license plates, according to the police report.