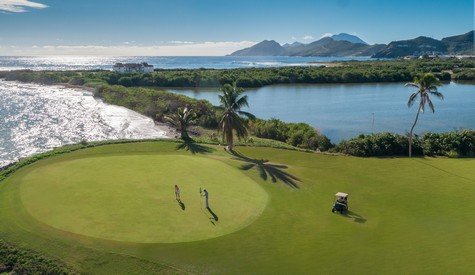 St. Kitts and Nevis (WINN): Complaints about a recent 59 percent hike in golf course fees for locals at the Royal St Kitts Golf course have not elicited a public response from the authorities.

Efforts to contact the Managers of the Frigate Bay Development Corporation and the Marriott Resort were unsuccessful at news time Monday (May 17).

On the heels of WINN’s May 14 edition of ” VOICES”, Mr. Zeke Percival, Vice President of the St. Kitts Golf Club, reported that his call for officials to reconsider hiking the golf course fees appeared to have fallen on deaf ears.

“Nobody in authority, as far as I know, because nobody has contacted me, has called, but just people calling me and saying they heard what’s going on, and they don’t think it’s right, “Mr. Percival told WINN on Monday.

Mr. Percival purported that the increase was made without consultation with players and members of the St. Kitts Golf Club.