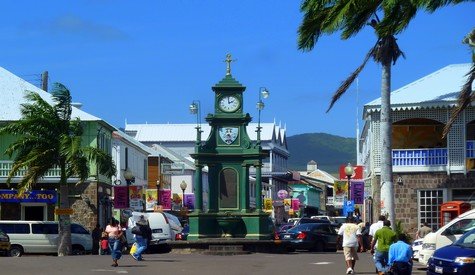 St. Kitts and Nevis (WINN): The private sector umbrella group, the Chamber of Industry and Commerce (CIC), is outlining a number of measures for the government’s consideration, as discussion on economic recovery continues in St. Kitts and Nevis.

The issues raised by the private sector as contained in a press release disseminated by the CIC include:

1. Loan Moratoriums are due to end in September 2021, despite an extension by the Eastern Caribbean Central Bank (ECCB). Businesses will be expected to resume payments despite the prolonged closure of the tourism sector and the lack of revenue over the past year. Business owners were advised to engage lending institutions for possible loan restructuring before the September deadline.

CIC appealed to the government for access to a soft loan program through the Development Bank to registered and tax-paying Small-Medium Enterprises (SME) at a low-interest rate of 2-3 percent and a repayment plan that would not kick in for 12-18 months. That approach would allow businesses to use the initial cash to pay operational costs and expenses and to get their businesses back on their feet. CIC offered to assist with a business survey to identify the real needs of the SME.

2. CIC said while it was encouraged by the government’s $120 million stimulus package disbursed last year, it was concerned about the well-being of the Social Security Fund which provided EC$22 million in support.

The President stated, “a key concern of the CIC is that we do not continue to drain the social security funds for stimulus use and put the country’s long-term security funds and that of pensioners in jeopardy. The Social Security Fund’s continued use in this manner is not sustainable in the long term.”

The Chamber is proposing the government revisit stimulus assistance over the next six months for those approximately 2,000 individuals still unemployed in the Tourism industry and use an alternative source of funds through the country’s lucrative Citizen By Investment (CBI) program which reportedly generated revenue of $443 million in 2019.

3. The CIC made reference to the Solar Plant Project launched in November 2020 between LaClanche, SKELEC, and the Government of St.Kitts-Nevis.

The CIC in a letter, dated January 8, 2021, to the Prime Minister requested engagement with the government to learn more about this project. The sentiment is that the people of St. Kitts-Nevis should be very much a part of this investment and the beneficial owners allowing for the technical assistance to come from LaClanche. She made a particular comparison to the local investment on the second cruise ship pier at Port Zante.

4. The Health authorities and the National Emergency Operations Center (NEOC) were commended for their diligence and hard work over the past year to ensure that they effectively managed the Pandemic, which has resulted in very low cases of the virus. To date, the Federation has had 44 confirmed cases of COVID-19 and no deaths.

Representatives of the hotel and tourism sectors expressed their concern about the continued negative impact on the sector as the Health Officials continued to be cautious with an opening to more international travel and cruise tourism.

The overwhelming view was expressed that inoculation by the persons employed in Tourism is a key ingredient if that sector is expected to fully reopen and if necessary, it may become mandatory that you show proof of vaccination to work in that industry.

“The CIC President in her closing remarks assured the Prime Minister and the Health officials of the Chamber’s commitment to working with all parties once the data is reported on a National Public Awareness Campaign.”

The four-hour dialogue was quite informative and successful. The Prime Minister and the Financial Secretary informed the meeting that the information presented was being recorded and will be presented in a report that will guide the Government, according to the press release.