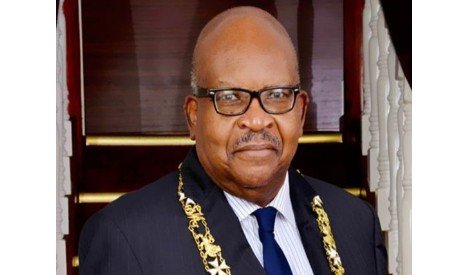 St. Kitts and Nevis (WINN): Governor-General His Excellency Sir S. W. Tapley Seaton has responded to the majority of Elected Representatives in the National Assembly who have written to him indicating that they no longer support Dr. Timothy Harris as Prime Minister of St. Kitts and Nevis.

The letter, with the Governor General’s signature affixed, confirmed receipt of the correspondence from six of the nine Elected Representatives who are also Cabinet Ministers, excluding PAM’s Hon. Eugene Hamilton, who is off island receiving medical attention.

The Governor General’s response dated April 21, 2022, states: “I wish to acknowledge receipt of a communication addressed to me. It bears no date. I note the request contained therein. Consistent with my duty to seek formal legal advice, I wish to advise that I will do so and revert to you at the earliest.”

WINN Media spoke with Premier Brantley who confirmed receipt of the Governor General’s response which was sent to him by Deputy Prime Minister Hon. Shawn Richards.

There is however now a debate as to when and how the Governor-General can remove a sitting Prime Minister.

The expressed constitutional mechanism to remove a sitting Prime Minister, in Section 52(6) is initiated with the passing of a Resolution of No Confidence in the Government by the National Assembly. If the resolution is passed by simple majority of Elected Representatives, the Governor-General has to remove the Prime Minister if he doesn’t sooner resign or request the dissolution of Parliament, the latter forcing general elections.

However, as the constitution does not expressly provide the power to remove a sitting Prime Minister simply by way of notice from a majority of Elected Representatives, should the Governor-General order the Prime Minister to step down and/or appoint Hon. Shawn Richards as Prime Minister, injunctions and challenges could be filed in the High Court.

There has been no indication whether the majority of Elected Representatives also intend to file a Motion of No Confidence or how long the Governor-General will need to take legal advice.