Granger says No No-Confidence Motions tabled Against Him, But Opponents say They are Coming 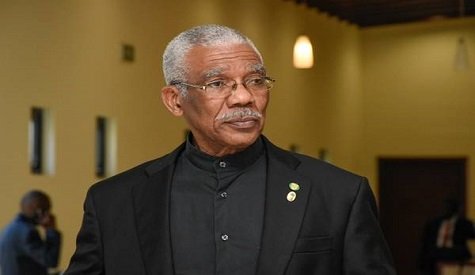 (Demerara Waves) The Leader of the People’s National Congress Reform (PNCR), David Granger on Friday denied that two motions of no-confidence were tabled against him, but senior party insiders said they are mobilising support to prepare for such action to be taken.

“It’s a phantom motion; no text, no votes, no notice no defence,” he said on his latest party propaganda programme, “Public Interest” on which he asked questions by a public relations functionary attached to his office.

Mr. Granger said no document containing charges against him was introduced to Thursday’s Central Executive Committee (CEC) meeting and he was at a loss to know who was concocting and peddling such “fake” information that would weaken the 64-year old political organisation. “If they feel that they can run, let them run but we cannot run the party in newspaper columns and these invented motions of no-confidence,” he said.