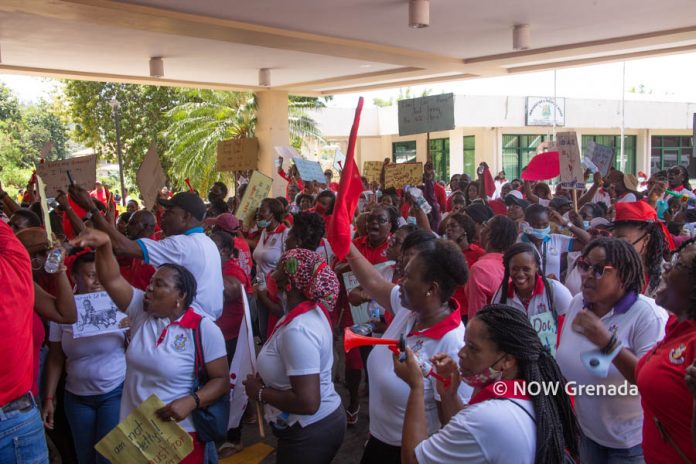 Grenada (Now Grenada) – With less than 7 days before they are scheduled to receive their salaries that will not reflect the 4% increase in salary of the 2018 collective bargaining agreement, retired and current teachers took to the streets of St George in a march for justice on Tuesday, 23 March 2021.

The peaceful protest saw many teachers dressed in red shirts and displaying placards with justifications for the increase, to press for Government to resolve the matter.

“As you can see, this is an intensification of the action,” said Marvin Andall, outgoing President of the Grenada Union of Teachers (GUT). “The fact is the longer the Government takes to meet its commitment, the more intense our effort will be,” he added, without disclosing the planned industrial actions. 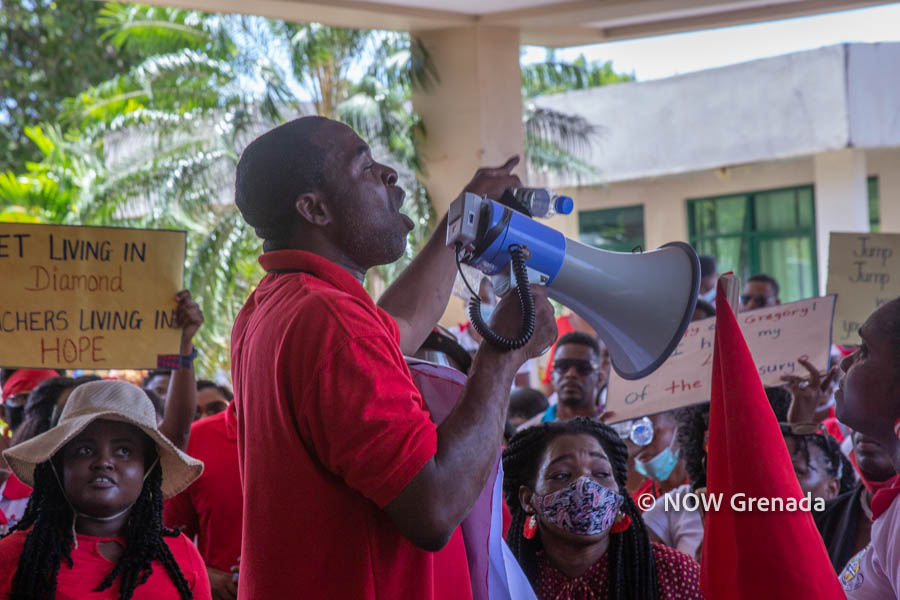 The members of the Public Workers Union (PWU) who are also facing non-payment of the increase also joined in the protest, which started at the National Stadium area and proceeded to the Ministerial Complex.