Grenadians choose opposition party to take over reins of government 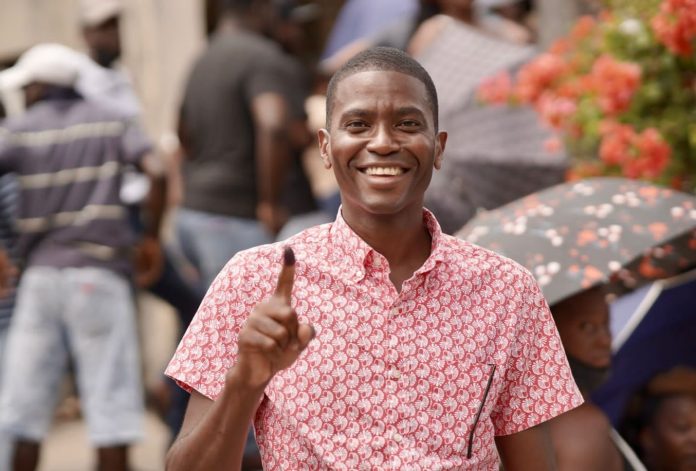 (CMC) Grenadians refused to give Prime Minister Dr. Keith Mitchell his wish for a last general election victory by electing 44-year-old attorney Dickon Mitchell as the new head of government.

Prime Minister Mitchell, 75, had called the general election ahead of the constitutional deadline of March 2023, and during the campaign had been urging supporters of his New National Party (NNP) to give him one more five-year term before he retires from active politics.

However, preliminary results released by the Parliamentary Electoral Office (PEO) showed that the main opposition National Democratic Congress (NDC), which had been severely trounced in the last two general elections, failing to win any seats in the 15-member Parliament, now control a majority of nine seats.

Regional political scientist Peter Wickham, who had earlier warned of a “revolution” in the outcome of the elections, said it was “a good performance” by the NDC and Mitchell to turn around the party’s fortunes following the results of the last two polls.

“He has the opportunity tomorrow to go into office and essentially clear all of the stuff out and eventually build something that is his own something that is new. I am excited at the possibilities because it can be transformative, it can also be momentarily, but let’s hope for his sake and also for the sake of Grenada he is able to do a lot of the things that have needed doing for a long time,” he said.

In a message posted on its website, the NDC said it was “overwhelmed with gratitude and stand humbled before the Lord our God and you, the people of Grenada, Carriacou & Petite Martinique”.

“Thank you from the bottom of each and every one of our hearts. This victory is not ours, but yours. Now, the hard work begins …. Together, we are moving Grenada FORWARD.”

Prime Minister Mitchell, who called the general election ahead of the constitutional March 2023 deadline, comfortably won his St. George North West seat, polling 2 211 votes to the 773 which the NDC’s Jonathan LaCrette received.

But the results were a disaster for several ministers in the previous administration, including Finance Minister Gregory Bowen, Minister of Legal Affairs Kindra Mathurin-Stewart, Minister with responsibility for Forestry and Fisheries Alvin Da Breo, Minister for Infrastructure Development Nolan Cox, and Minister for Information and Communications Technology Pamela Moses, who all lost their seats.

Prime Minister Mitchell had not issued any statement conceding defeat up to late Thursday night.