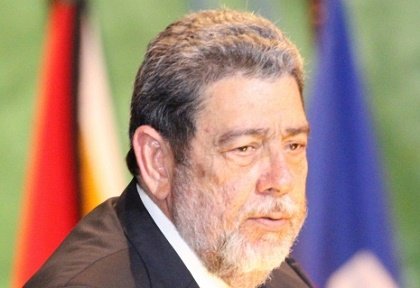 (iWitness News) The Board of Directors and general membership of the New York-based Caribbean Guyana Institute for Democracy (CGID) voted unanimously on Monday to revoke the Democracy Prize it had awarded Prime Minister of St. Vincent and the Grenadines Ralph Gonsalves in 2005, a press release said.

Gonsalves is the current chairman of CARICOM.

The decision was taken Monday night at a public town hall meeting Monday night, with an online viewership of over 55,000 and 120 members and supporters in attendance, the release said.

Gonsalves was awarded the prize at an extravagant ceremony in 2005 at which then Leader of the British House of Lords, Baroness Valerie Amos was keynote speaker.

“The move is yet another fallout from Gonsalves’ controversial role in the Guyana elections. Gonsalves has backed Guyana’s opposition People’s Progressive Party (PPP), which claimed it won the March 2, 2020 for which there are no declared results. The declaration process has been hamstrung by multiple court challenges. The Guyana Court of Appeal is expected to rule on the matter Thursday,” the CGID said.