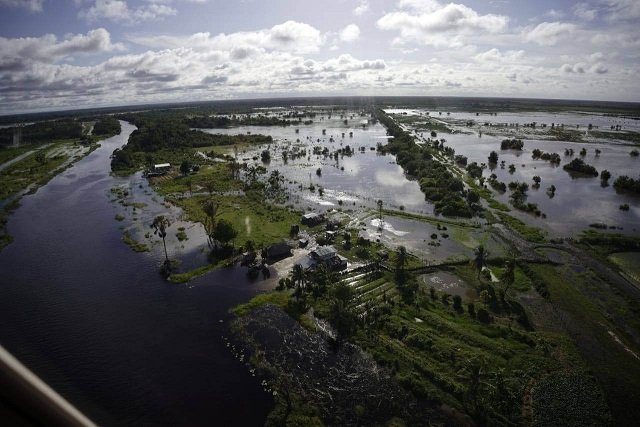 Guyana (Demerara Waves) – Vice President Bharrat Jagdeo on Wednesday said an estimated 3,5000 persons, who were not supposed to receive cash relief grants ended up cashing in on the scheme that had been set up to aid farmers who were affected by severe floods last year due to persistent heavy rainfall.

Addressing a cabinet outreach in Region Five (Mahaica-West Berbice), he, however, ruled out government stopping the distribution of cash relief to the affected farmers. “We can’t stop the initiative because a man lied about how many acres of rice he planted or how many acres of greens they had,” he said.

Mr. Jagdeo said that despite the scam, the majority of farmers benefitted from the cash disbursements to various categories of persons based on the scale of their operations. “The overwhelming, who lost, go the money but you had maybe a 5 percent of people who really slipped through the crack that they really shouldn’t have gotten so we know what is going, don’t think we don’t know what is happening on the ground,” he said.

According to the Vice President, an estimated 70,000 farmers received the flood relief., despite cheats. “That cost us a lot of grief too; the flood relief was a nightmare; a lot of people tried to con us, putting it mildly. Some people who never planted anything, they put their names down and we can’t know and some others who planted they couldn’t even get their names on,” he said.

The Alliance For Change has repeatedly called on government to publish the names of flood relief recipients on a website.