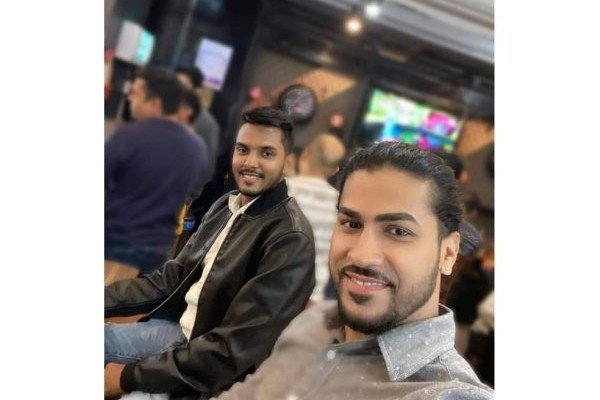 (Guyana Newsroom) Police are investigating the circumstances surrounding the deaths of 25-year-old Ritchie Hansraj and Justin Teixeira who were found motionless inside a car at the Marriott Hotel parking lot in Kingston, Georgetown.

Investigators did not find any visible marks of violence on either of the young men but they discovered suspected narcotics inside the vehicle.

“A plastic container with white hard substance,” Crime Chief Wendell Blanhum told the News Room Saturday morning. Investigators are still awaiting the report from the forensic team to confirm whether the white substance is indeed narcotics.

The discovery was made just after midnight by an employee of the hotel, the Crime Chief further noted.

The News Room understands that Teixeira’s mother received a telephone call that her son was having a seizure and contact was made with the hotel.

When the employee checked Teixeira’s room, he was not there and then a decision was made to check his car when the gruesome discovery was made by the employee.

The Crime Chief said that the Facebook accounts of both young men were examined by investigators.

“And their last posts which were made approximately 8 to 15 hours ago appeared to be of some investigative value,” he told the News Room.

Hansraj’s last post on Facebook was made just hours ago and it stated: “I hope the world find peace today I love you all !

Teixeira wrote on his page: “Life is like a coin. You can spend it any way you wish, but you only spend it once.😊“

Teixeira was a flight attendant attached to American Airlines and lived at Republic Park, East Bank Demerara. Hansraj is known for his singing and was slated to get engaged next month. He resided at Hague, West Coast Demerara and was the only son of his parents.