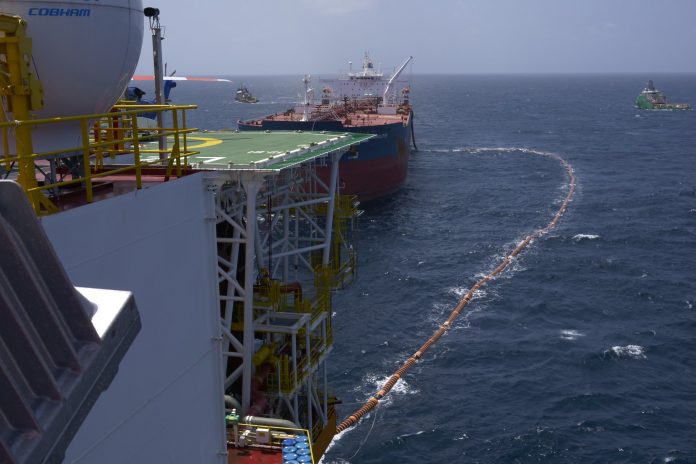 Guyana (Demerara Waves) – Amid persistent problems with the flash gas compressor aboard the Floating Production, Storage and Offloading (FPSO) vessel, Liza Destiny, the Guyana government  Wednesday night said it was worried about loss of oil production and strongly suggested that it would take steps if the equipment is not fixed properly.

“The Government of Guyana is currently examining the implications of the loss of output, and consequently loss of income and revenue, including measures that it may have to institute to protect national interest,” the Ministry of Natural Resources said in a statement.

The administration provided no details of possible steps that could be taken to deal with the problems that have been plaguing the FPSO since it began oil production offshore Guyana in December 2019.

Like ExxonMobil, the Guyana government did not hide its disappointment with the performance of the problem-plagued FPSO.  “The Government of Guyana is, as would be expected, highly disappointed with the Operator’s inability to resolve this situation to date and will continue to monitor the levels of daily crude oil output and flaring
to best allow for an economically feasible level of production during this period. ”

The Natural Resources Ministry, at the same time, said the the “unexpected issue” with the discharge silencer of the flash gas compressor did not prevent Guyana from selling its “planned quantity” of oil on Tuesday, this country’s second lift for 2021,  in keeping with its Crude Lifting Agreement and Lifting Schedule. “The Ministry of Natural Resources is nonetheless pleased to note that this occurrence has not affected Government of Guyana’s crude oil lift which was safely and successfully completed yesterday (Tuesday) at the planned quantity,” the statement adds.

While ExxonMobil on Tuesday publicly stated that it had reduced production from 120,000 barrels per day to 30,000 barrels per day due to problems with the discharge silencer, the Natural Resources Ministry said the American supermajor disclosed the issues two days earlier on Sunday, April 11.

The flash gas compressor, which had developed problems, had been removed and taken to Germany to be assessed and repaired by its manufacturer, MAN Energy, returned and reinstalled on April 2 when fresh problems surfaced during tests.

Currently, the Natural Resources Ministry said the FGC remains offline and production and flaring volumes are being closely monitored.

Government said the ExxonMobil-controlled Esso Exploration and Production Guyana Ltd (EEPGL), along with its contractors SBM and MAN Energy Solutions are “actively investigating the failure and assessing repair requirements.”

The Government, through the Ministry of Natural Resources, Guyana Geology and Mines Commission, and the Environmental Protection Agency, has been receiving regular updates since this matter has arisen and has met with EEPGL today to discuss EEPGL’s findings and plans for the expeditious resolution of this issue.