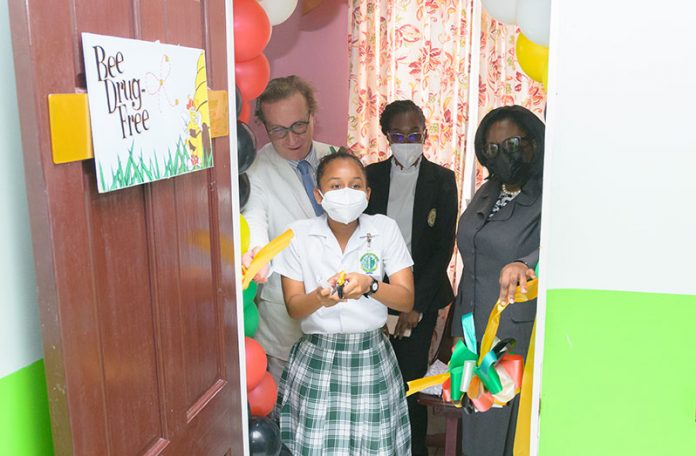 (St. Lucia Times) – Several key stakeholders, including the Supreme Court of Judicature and UNICEF, came together on Tuesday to launch 12 Juvenile Drug Treatment Courts around the country.

The courts, which are spread out in various magisterial districts, are specifically aimed at providing a different course of action for juveniles who come into contact with the law, and have been found addicted to or abusing illegal substances.

In brief remarks at the opening ceremony at the Georgetown Magistrates’ Court, Chief Justice (ag) Roxanne George-Wiltshire considered it a necessity to implement a strategy to tackle the dilemma.

“The Judiciary…considers it necessary to prepare to engage and treat with children or juveniles who come into contact with the law, and who have substance abuse disorders,” the Chief Justice noted.

She added that it is now a firm belief to have offenders placed into programmes that can directly attend to their rehabilitative process, as opposed to locking them away and forcing them to be “institutionalised”.

“As in the case of adults, a better response would be to give such children the opportunity to enter into long- term treatment programmes, and agree to court supervision. This should especially be the case for children because the best practice is that they should not be institutionalised or severely punished for minor offences,” she explained.