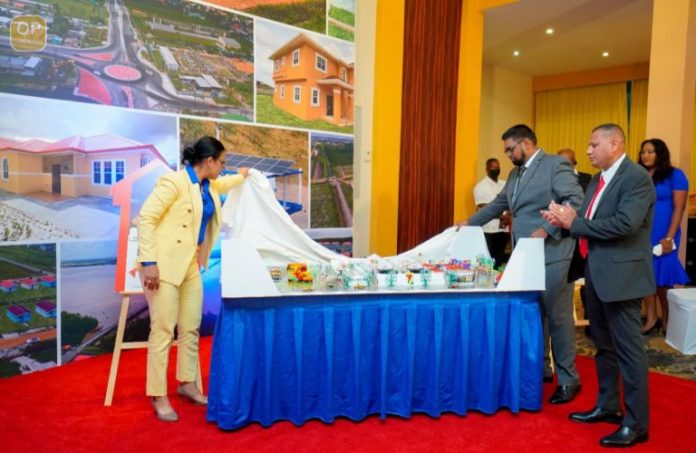 Guyana (Demerara Wave) – The Guyana government would be building 300 prefabricated houses to rent to spectators at the Caribbean Premier League (CPL) from September 30 and the earnings would be used as down-payments for mortgages at commercial banks, President Irfaan Ali announced on Wednesday.

“We are looking at a way in which we can marry cricket with uplifting people out of poverty,” he said at the launch of the International Building Expo 2022 scheduled for July 22 to 24.

The President explained that land would be set aside to build the 300 houses to host persons during the cricket and the rental projected to total 10 to 15 percent would go towards a down-payment on mortgage at a bank. “The revenue from that rental would go as down-payment to the banks for the poorest persons,” he said to resounding applause.

Meanwhile, he said government would soon advertise for the Design, Build and Finance the construction of houses for the government.