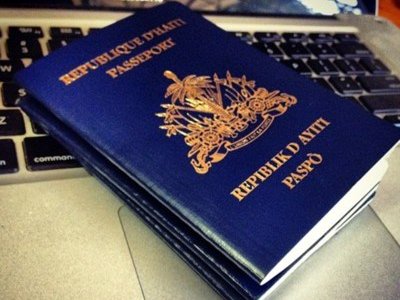 GEORGETOWN, Guyana (CMC) — The Guyana Police Force (GPF) Tuesday “emphatically” denied that it had been directed to ban Haitians from entering the country.

In a statement, the GPF said “it has not been directed by any authority, neither has the commissioner of police been instructed by the Minister of Home Affairs” to ban individuals from the French-speaking Caribbean Community (Caricom) country entering Guyana.

“There is no ban on Haitian nationals seeking to enter Guyana,” the GPF said, adding that it “is categorically refuting such allegations which are being peddled on social media by irresponsible, mischievous and misleading media reporting”.

In its statement, the police said that it wanted to clarify an issue that occurred on Sunday, May 23 and Monday, May 24, when 17 out of 61 Haitians, “were refused entry into the country because of the fact that they did not satisfy immigration requirements”.

The GPF said that the 61 Haitian had arrived here on Caribbean Airlines flights at the Eugene Correia International Airport at Ogle.

“Having not been landed, the 17 Haitians have been kept at the Airport awaiting a return flight to their Port of Embarkation for their journey to Guyana,” the GPF said, adding that the Haitians have “since departed aboard a Caribbean Airlines flight from the Eugene F Correia International Airport, Ogle” on Tuesday.

“The Airline, airport officials and the Ministry of Home Affairs assisted with feeding and accommodation for the affected persons during their stay at the airport,” the statement added.

Last November, the government came under fire after 26 Haitians were detained amid efforts to deport them after they were already granted entry into the country.

The Haitians were eventually released from custody and the High Court later ruled that their detention was illegal.

Despite being a member of the regional integration movement, many Caribbean governments impose visa restrictions on Haitians entering their countries.

Haitians have been using Guyana as a transit point for entry into neighbouring Brazil and Suriname for employment.