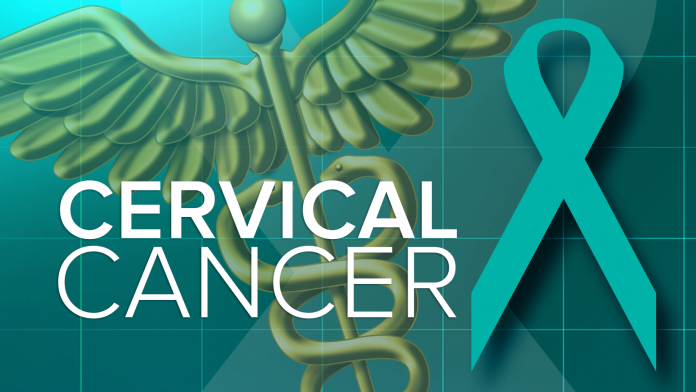 GEORGETOWN, Guyana (CMC)— Guyana continues to top the list of countries in the Americas that are most affected by cervical cancer.

According to the Ministry of Health, while figures for the last two reporting years are not immediately available, in 2018 there was an age-standardized incidence rate of 32.7 per 100,000 women.

Between 2013 and 2017, cervical cancer was listed as the second most frequently-diagnosed cancer in Guyana with 523 new cases or 16 percent of all reported cases.

Based on information from the Ministry of Health, there were 185 cervical cancer-related deaths.

According to Dr Martin Campbell of the Ministry of Health, the highest numbers of reported Cervical Cancer deaths are among women of African and East Indian ancestry.

However, Amerindian women have a very high incidence of the Human Papilloma Virus (HPV) which causes cervical cancer, with an increasing number of women under 25 being diagnosed.

It was noted that the Human Papilloma Virus (HPV) was behind 99 percent of the cases of Cervical Cancer.

Campbell reminded that the HPV infection by itself is not sufficient for developing cervical cancer since it usually requires the presence of other risk elements such as family history, sexual and reproductive history, smoking, Immuno-suppression, overweight and eating unhealthy diets low in fruits and vegetables.

Campbell explained too that a woman who is HIV positive or is the victim of any other condition that weakens the immune system has a higher risk of contracting HPV and may develop cervical cancer in a shorter timeframe.

He added that once diagnosed it is important to seek appropriate treatment early.

January is Cervical Cancer Awareness Month and throughout the month, the ministry has been conducting outreaches throughout the country while at the same time advocating for women to get pap smears done.