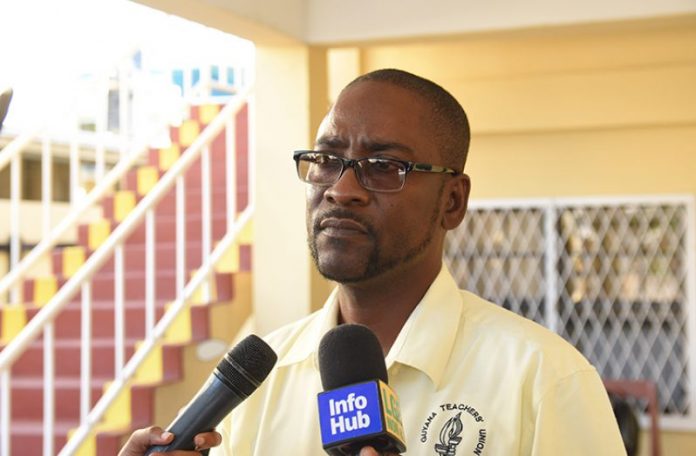 Guyana (Demerara Waves) – President of the Guyana Teachers Union (GTU), Mark Lyte late Wednesday night announced that the workers’ organisation was on standby to take legal action against government if teachers are prevented from entering their workplaces because they have not been vaccinated or tested negative for the coronavirus.

Mr Lyte said GTU would be asking the Guyana government to provide free PCR tests to teachers who do not want to take the vaccine rather than they footing the bill at private laboratories.  The union official also said the GTU would enquire whether Pfizer vaccines could be administered to teachers who prefer that jab.

The GTU is also vehemently opposed to the Ministry of Education’s position for the reopening of in-person classes at all levels from September 6, 2021 that teachers must be vaccinated or take a PCR test each week but if they do neither they would have to stay home and be marked absent.