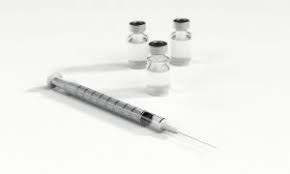 Georgetown, Guyana (Demerara Waves)- As Guyana prepares to import 20,000 Chinese-made COVID-19 vaccines and explore importing from other sources, President Irfaan Ali said his country would ensure the jabs are certified and safe.

“I want you to feel confident; indeed feel certain that when the vaccines arrive and we begin to distribute them, they will have the full approval of the World Health Organisation and will be safe,” he told a Social Media interaction with the public and the media.

Dr. Ali strongly suggested that he would be the first to take one of the vaccines.

The President announced that China would be providing 20,000 vaccines, setting the stage for Guyanese to begin receiving the jabs from February and early March.

Scientists in Brazil say the Chinese vaccine, CoronaVac, produced by China’s Sinovac, has a 50.6 percent efficacy rate against asymptomatic cases and cases that do not require medical attention.

At the same time, it is regarded as 78 percent effective in preventing symptomatic cases that are in need of medical treatment.

The President also announced that the government was in talks with Russia and India to source vaccines. Russia’s Sputnik-5 vaccine is regarded as 95 percent effective.

And, already thousands of doses have been shipped to Argentina, South America. Barbados recently asked India to send 200,000 AstraZeneca vaccines as that country faces a growing crisis from the disease.

The President said the government hopes to acquire about 3,800 doses of vaccines through the COVAX facility for frontline workers, persons with existing illnesses, and the elderly.

Plans are also in the pipeline, according to Dr. Ali, to buy vaccines directly from manufacturers AstraZeneca, BioNtech, Pfizer, and Moderna.

He said the expansion of 14 vaccination sites would be completed this week would be established countrywide to administer 7,000 vaccines daily.

“We have estimated that with these 35 teams that we have that we’ll be able to do 7,000 vaccines per day when we start the rollout process,” said Dr. Anthony, a medical doctor.

The Health Minister said the results of a risk hesitancy study have informed the government’s decision to develop and implement a risk communication programme.

“We are prepared and we are ready so once we start receiving the vaccines, we will be able to deploy them as rapidly as possible and in the safest manner as possible,” he added.

He said talks have started with private hospitals and private doctors about administering the jab to ensure they have trained personnel. He said crucial to the vaccination process by the private health sector is record keeping for onward transmission to the governmental authority.

“They will have to make copious records for us and pass that back to the national programme and they would also have to do some monitoring for us and present those records to us and once they are compliant with that, we’ll be rolling out vaccines to them as well,” he added.

As of Saturday afternoon, the Health Ministry said there were 847 active cases and 176 deaths with the passing of a 53-year old woman from Region Four (Demerara-Mahaica).