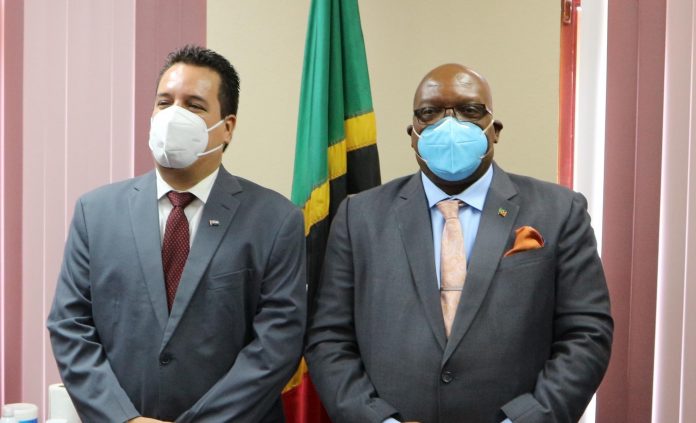 The Ambassador previously presented his Letters of Credence in an official ceremony to Governor-General His Excellency H.W. Tapley Seaton on January 12.

In a press release, Ambassador Rivero expressed the will of the Cuban Government to continue working together to promote bilateral relations in areas of common interest.

“We have some common interest in climate change, natural disaster [and] we have to work together in regional integration as we have been doing.”

While the St. Kitts and Nevis Government is afforded learning opportunities to its citizens and residents, the Prime Minister would like to see more scholarships offered in specialist areas.

“We want to find those areas where we have a great need to get our people to come as specialists, being able to contribute more. As a small country, we will always have a challenge of manpower, particularly at the level of specialist engagement because again the pool from which we draw is, by nature, small.”

On Tuesday afternoon (January 25), the Ambassador visited the Minister of Foreign Affairs and Aviation and Premier of Nevis, the Hon Mark Brantley.

The Ambassador expressed gratitude for the support given by St. Kitts and Nevis to Cuba to end the blockade against the country.

After meeting with Brantley, the Cuban diplomats were welcomed and visited cultural sites on Nevis to end the day.