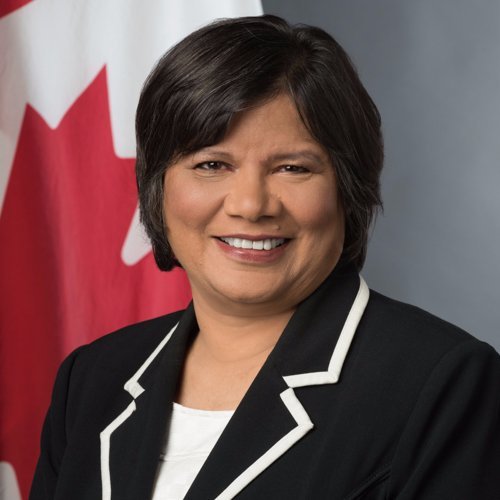 BRIDGETOWN, Barbados – On March 10th, H.E. Lilian Chatterjee presented her letter of introduction to Dr. the Honourable Timothy Harris, Prime Minister of St. Kitts and Nevis, formally assuming her position as Canada’s representative to the Federation. The ceremony, hosted virtually due to the ongoing COVID-19 pandemic, marked the first bilateral meeting between Prime Minister Harris and High Commissioner Chatterjee, who previously served as Canada’s Ambassador to the Caribbean Community (CARICOM) from 2017 to 2020.

H.E. Lilian Chatterjee began her career with the Government of Canada in 2003 when she joined the Canadian International Development Agency. She previously served as Director General in both CIDA and Global Affairs Canada prior to her appointment as High Commissioner to Guyana, with concurrent accreditation as Ambassador to Suriname and CARICOM. Ms. Chatterjee is a former journalist who worked in Canada and Southeast Asia. She subsequently worked in Canada’s House of Commons and with several international NGOs before beginning her diplomatic service.

High Commissioner Chatterjee last visited St. Kitts and Nevis in February 2019 to attend CARICOM’s 30th Intersessional Meeting of Heads of Government, chaired by Prime Minister Harris. In her meeting with Prime Minister Harris, High Commissioner Chatterjee underscored Canada’s important relationship with the Government of St. Kitts and Nevis and noted that Canada will to support the Federation in several key areas, including higher education, gender equality and the empowerment of women and girls.

Ms. Chatterjee looks forward to deepening the bilateral relationship between Canada and St. Kitts and Nevis over the next three years.