H.E.R. doing it for REGGAE 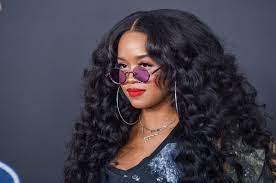 GRAMMY-and Academy Award-winning singer H.E.R. (Having Everything Revealed) says she is still working on her début reggae project.

According to the American singer, the album is inspired by her collaboration with reggae singer Skip Marley on the smash hit song Slow Down.

“I can’t reveal too much yet, but it [the album] is in the works and I’m super excited for the world to hear it. Fans can expect roots-reggae, dancehall, R&B feels and so many different vibes, and a lot of dope reggae artistes,” H.E.R. told the Jamaica Observer.

She was unwilling to share who some of the collaborators were on the project.

“I want that to be a surprise,” she said.

Slow Down, the Grammy Award- and Soul Train Award-nominated song that paired H.E.R. and Marley, topped the Billboard Adult R&B chart for multiple weeks last year, and was recently certified gold for sales of more than 500,000 in the United States.

H.E.R. was elated at the new development.

“I’m so excited Slow Down is gold. This is one of my favourite collaborations. It brings new R&B and reggae music together. Means the world that people love this record as much as we do,” she said.

She continued, “I love performing with Skip. We have so much fun on stage together. The chemistry is real and I hope it shows.”

Every Kind of Way has so far peaked at 20 on R&B Songs.

In a previous interview with the Jamaica Observer, H.E.R stated that Slow Down was the inspiration to do the reggae project.

“I felt like Slow Down was one song that made me even want to dive into reggae even deeper. I’ve always loved reggae, and now I’m about to do a whole reggae project,” she said.

H.E.R., born Gabriella Sarmiento Wilson, has an impressive resume. Her 2020 song, I Can’t Breathe, won Song of The Year in March at the Grammy Awards.

“It’s such a big deal and an honour. I didn’t expect to win it, and there were so many amazing artistes in the same category. When I heard the announcement, I was super surprised. The [song’s] message, it really came from my own personal anxiety and looking at the world around me and my perspective of the world and what was going on in the summer of 2020 and the protests in America,” she said. “I couldn’t really believe that people listened to the song and it gave them perspective. It really means the world to me, just because it’s an important message and also very personal to me.”

In April her song Fight For You from the film Judas and the Black Messiah won the Academy Award for Best Original Song at the 93rd Academy Awards.

H.E.R. has released two compilation albums and five EPs. Her début full-length project, Back of My Mind (RCA Records), which was released in June, has been certified gold by the Recording Industry Association of America (RIAA).

She plays the Fender Stratocaster guitar, an instrument revered in pop music. Legends like Jimi Hendrix and Eric Clapton have used it.

“It feels like a whole different way of expression. It’s also another way for me to convey certain emotions and get out certain feelings. I really enjoy picking up my electric guitar and kind of going there with it. It even affects my writing a lot,” she shared.