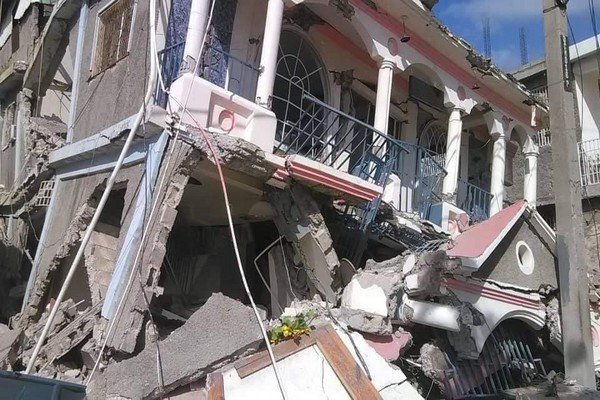 St. Kitts and Nevis (WINN): A month after Haiti was struck by a 7.2 magnitude earthquake that killed some 2,246 Haitians, the territory now moves from an emergency phase to a recovery and reconstruction phase.

The infrastructure of the affected areas in the southern peninsular region of the country suffered significant damage.

“Haiti has 62 damaged health facilities, including 28 facilities that are severely damaged. Five of those have been structurally assessed with the support of an engineer from our Smart Safe Hospital Initiative, and others are on the list. We urgently need to repair the ones that can be repaired, and to reconstruct the ones that suffered severe damages, so that we can ensure a continuity of service in those areas,” reported Dr Carissa Etienne, Director of the Pan American Health Organisation (PAHO) during the last COVID-19 press briefing.

According to a situation report of the country from the United Nations Office for the Coordination of Humanitarian Affairs in early September, preliminary estimates of damages and

economic losses are at least US$1.5 billion, about 10 percent of the country’s gross domestic product.

PAHO continues to provide support to the government of Haiti with the help of other international organisations.

“To support the response efforts of the National Health Authorities, PAHO has deployed teams composed of 11 technical experts to support with things like coordination, data management, logistics, epidemiological surveillance, laboratory, water and sanitation and hygiene, obstetric, psychosocial support and health services. So, these PAHO teams work side by side with the Department of Health directorates in offices that were set up in three affected departments, and that was set up by us. We are also distributing medicines, medical supplies, including trauma and orthopaedic kits, to health facilities, both in the affected departments and in health facilities in Port-au-Prince, because those facilities supported the treatment of victims from the earthquake. Haiti is today being supported by 11 International emergency medical teams, or what we refer to as EMTs, that are deployed in the affected departments. Many of them are working really close to what were facilities before but are now damaged, and many international and local partners have deployed mobile clinics to the affected areas. Six other EMTs have now completed their missions and have left Haiti.”

The director addressed some of the challenges humanitarian organisations are still facing in providing aid to the peninsular; challenges that were previously reported by international media houses right after the quake.

“I must say that the current security situation is hampering humanitarian efforts, and blockage of the main road leading to the southern peninsula is delaying the distribution of aid to the affected departments. Fuel shortages as well also hinder activities throughout the country. So UN agencies and partners, we are continuing to use helicopters, convoys and maritime transport to provide support and humanitarian aid to the affected areas, but that is making our work more difficult.”