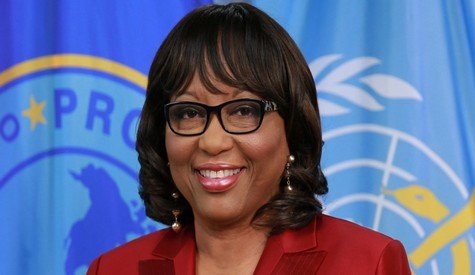 WASHINGTON, CMC – Haiti has named a candidate for the position of director of the Pan American Health Organisation (PAHO) to replace the Dominica-born Dr Carissa Etienne, who has served two five year terms.

The Haitian candidate, Dr Florence Duperval Guillaume, a former acting prime minister and former minister of public health and population, is among six candidates announced by the PAHO Executive Committee. The other candidates are from Brazil, Panama, Mexico, Colombia and Uruguay.

PAHO said that the detailed curriculum vitae presented by each candidate and letters of nomination have been sent to PAHO member states, participating states as well as associate members.

“The conference will elect the Director from among the nominated candidates by secret ballot. The candidate who receives the majority of votes from member states will be elected,” it said, adding that in accordance with PAHO’s Constitution, the director will serve a five-year term and may be re-elected once. The elected person will take office on February 1, 2023, and complete his or her term on January 31, 2028.

PAHO is the specialised health agency of the Inter-American System and serves as the World Health Organisation (WHO) Regional Office for the Americas. This year, PAHO marks its 120th anniversary of active work in promoting health and wellbeing throughout the region.

Etienne was elected for a second term as the PAHO director in 2017, during the 29th Pan American Sanitary Conference. She began her second five-year term on February 1, 2018.

Under her leadership and strategic guidance, the Organisation achieved noteworthy milestones during the past five years including successfully leading the preparedness and response efforts to the Zika and chikungunya epidemics in the region as well as to cholera and yellow fever outbreaks in Haiti and Brazil, respectively, while significantly improving the PAHO’s response to all declared emergencies and disasters in the region to within 48 hours.

She was also at the helm when the Americas became the first World Health Organisation region to successfully eliminate the endemic transmission of measles, rubella, and congenital rubella. The region also eliminated onchocerciasis in four of six endemic countries, trachoma in one country, and a number of countries are close to malaria elimination certification. Of historic note, seven countries and territories in the region achieved dual elimination of mother-to-child transmission of HIV and congenital syphilis.

She has also spearheaded policy directions for reducing health inequalities and advancing health for all through universal coverage, people-centred care, the integration of health into broader public policies, and inclusive and participatory health leadership.

She is also at the head of the organisation during the coronavirus (COVID-19) pandemic.