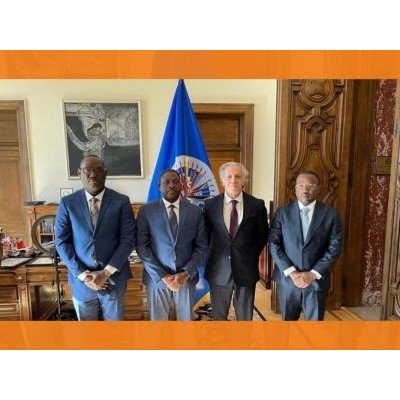 PORT AU PRINCE, Haiti (CMC) — The Haitian government has criticised the decision of the Secretary-General of the Organisation of American States (OAS), Luis Almagro, to meet last week with three former government ministers, including former prime minister Claude Joseph, regarding support for the ongoing investigation into the assassination of President Jovenel Moise on July 7 last year.

“The Haitian Government has just learned with amazement that you have received…at the headquarters of the Organization of American States (OAS) a group of people who, under the pretext to advance the ongoing investigation into the assassination of President Jovenel Moise, use you for purposes of destabilising Haiti in order to pursue political objectives,” the Haitian Chancellor (Foreign Affairs Minister) Jean Victor Généus, said in a letter to Almagro.

“Our surprise is all the greater, Mr. Secretary General, as the organisation that you have the privilege of directing is involved with the Government in this difficult process of establishing and consolidating a climate of stability, security and peace in order to to be able to organise this very year these free, honest and democratic elections to provide the country with a president and elected officials as soon as possible in order to ensure the functioning democratic of its institutions

“What Haitians need most right now is no longer hustle and bustle, but preferably from a climate of permanent calm to initiate the process that should lead to an improvement in the socio-economic conditions of the population through this enterprise of reconstruction of the regions devastated by the hurricanes and the latest earthquakes that the Government is trying to initiate with various partners of the international community.

“What Haitians expect today of those who call themselves his “friends” is that they really feel concerned by his sufferings and that they join those who strive to bring solutions to his immediate problems and not unite with his detractors…is to permanently feed in the country a situation of tension, uniques way to achieve their ends,” Généus wrote.

Last week, Joseph, along with former justice minister, Rockefeller Vincent and former government commissioner, Bedford Claude, met with Almagro, noting that the “investigation into the assassination of President Moïse is a transnational crime, and today involves several countries in the region”.

“We have therefore asked the secretary-general for regional action, in the face of the systematic blocking of the investigation by the current Prime Minister, Ariel Henry in order to arrive at the truth,” they said.

They also alleged that Henry should be regarded as a suspect in the assassination of Moise that took place at his private residence, which also led Moise’s wife, Martine, being flown to the United States for medical treatment.

Several people have been detained including former members of the Colombia military and the United States government has laid charges against two people in connection with the assassination.

The three former government ministers claim that prime Minister Henry will do everything to ensure that the investigation does not succeed, citing in particular, the dismissal of Vincent and Bedford, the latter having asked Haitian law enforcement authorities to open a probe into Henry following allegations that he had been in contact by phone with one of the main suspects still on the run.

But in his letter, Généus told the OAS Secretary General that Port Au Prince “fully understands your concern to show the world that you are first and foremost a democrat and that your doors are open to all …on this continent.

“However, let me remind you as head of the General Secretariat, the central and permanent organ of the OAS you automatically become a reference person whose behaviour must be…as objective as possible.

“Any action taken with one sector to the detriment of another, any position taken in favour of one camp or another in the context of disputes within of the countries of the region can be interpreted as a political, unjust and biased act. It is precisely to avoid this confusion and protect the Institution that the charter of the organisation, in order to pursue the achievement of its goals, thought of creating different organs having each a specific mission.”

“The General Secretariat of the organisation must always take care to preserve the cohesion and harmony not only between the Member States but also between the constituent entities of these. He must never forget that any destabilising action or any undertaking individual or collective aiming to weaken a member state must be avoided.”

Généus said he had written directly to Almagro “to express my disapproval of the Haitian government regarding your attitude as Secretary General of the OAS” of which Haiti is a founding member.

“We expect this pattern of behaviour not to happen again. We hope to be able to continue to count on the support of this prestigious regional organisation that you have the honour to lead on our behalf to help us stabilise and secure the country, consolidate its institutions …and finally put it on the path of the economic development necessary to the well-being of the population.”