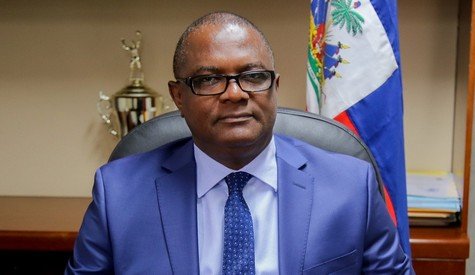 PORT AU PRINCE, Haiti (CMC) — Youth and Sports Minister, Max Attys, has tendered his resignation to Prime Minister Joseph Jouthe, indicating that he was stepping down even though he does not regard himself to be a failure.

His resignation letter follows statements made at a news conference where he indicated that “what we found as sports infrastructure is insignificant”.

“Many parks and sports centres that cost large sums do not meet our needs in this area and do not promote the rational practice of sport,” he said, adding that “several of these infrastructures are in poor condition or remain incomplete when the funds have been disbursed”.

“It is unacceptable that the state spent hundreds of millions and at the end, we do not even have a sports field worthy of the name. The money of the state which was to build sports centres across the country has been diverted (and) I think that public action must be put in motion,” he added.

In his letter of resignation, Attys said that he wanted to thank Jouthe and President Jovenel Moise for affording him the opportunity to be of service to the French-speaking Caribbean Community (Caricom) country.

“Prime minister, I have endeavoured to fulfill my responsibility, taking care in my duties as in my personal behaviour, to always respect the requirements and the lines set by your Government.

“Indeed, I would like to draw your attention to the fact that I have a very high idea of politics and the use that must be made of it to lead this country finally towards better horizons. And I, steeped in these ideals that define me. Although I have the feeling of not having committed any failure. I have decided to resign from my office as Minister of Youth, Sports and Civic Action,” he wrote.