Hamilton: Everyone Should Vote 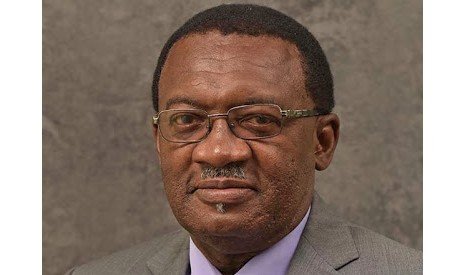 St Kitts and Nevis (WINN): With citizens and residents expected to go to the polls on Friday 5th June, concerns are being expressed over low voter turnout.

The incumbent representative for Constituency #8, Eugene Hamilton is urging all to go to the polls to exercise their franchise.

Speaking at the Team Unity Coalition’s manifesto launch Monday at the St. Kitts Marriott Resort, Hamilton pointed to his party’s accomplishments as a need for the people to go to the poll.

“Today we see as we roll towards the date of elections there are some persons who are falling prey, believing what isn’t true and some of you are refusing to believe what is true. Be careful, either way, you are being fooled. You’re being fooled and sometimes we make the decision or at least express that we will not be voting in this election.”

Concerns were being expressed by many in society about getting the young people to turn out and vote.

How to get the young people to vote was one of several topics discussed on Monday’s edition of Voices with the St. Kitts-Nevis Youth Parliamentary Association.

Meanwhile, Mr. Hamilton suggested that people should move away from what they can achieve and more to what is best for the country.

“I say to you who are hesitating about voting in these elections that is time for you to recognize that you must not judge the day or these days by the harvest that you reap because that is what is putting doubt in some of our minds. But judge each day by the seeds that you sow because if we continue to think about what we reap we lose sight of how this country has grown over the past five years. And once you lose sight of that you hesitate and you say sometimes I am not going to vote. But I say to you today those of you who are hesitating you have to tell me do you want this place to return to the day when our debt was strangling this very nation, the leaders denying persons their increment who worked for the government?”