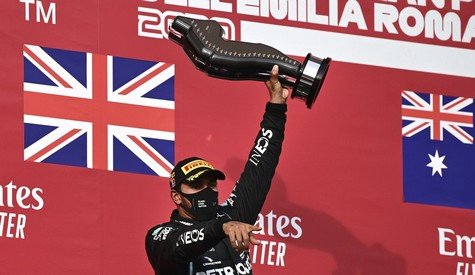 Hamilton beat Mercedes teammate Valtteri Bottas by 5.7 seconds and rushed over to celebrate with the team’s engineers and mechanics after the team clinched a record-extending seventh straight constructors’ title.

“Seven times champs, something to tell my grandchildren,” said Hamilton, who also clinched an extra point for the fastest lap. “It is very overwhelming right now.”

Renault driver Daniel Ricciardo placed third for a second podium of an impressive season, while Daniil Kvyat placed a commendable fourth in what is expected to be his last season before being replaced at AlphaTauri.

“It was a bizarre one, I’m not sure what happened to Max but that put us in the fight for a podium,” Ricciardo said. “Cyril (Abiteboul) will not be getting another tattoo though.”