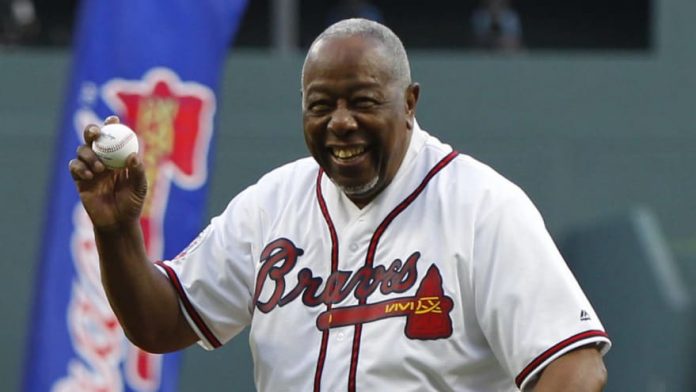 ATLANTA (AP) — His name is all over the baseball record book and, indeed, Hank Aaron could do it all.

Sure, he’s remembered mostly for dethroning the Babe to become baseball’s home run king on the way to 755, but don’t forget about the .300 average or the graceful way he fielded his position, or the deceiving speed he showed on the basepaths.

Yet, when talking about the true measure of the man, there was far more to “Hammerin’ Hank” than his brilliance between the lines.

Exuding grace and dignity, Aaron spoke bluntly but never bitterly on the many hardships thrown his way — from the poverty and segregation of his Alabama youth to the ugly, racist threats he faced during his pursuit of one of America’s most hallowed records.

He wasn’t hesitant about speaking out on the issues of the day, whether it was bemoaning the lack of Blacks in management positions, or lobbying against putting Pete Rose in the Hall of Fame, or calling on those involved in the Houston Astros sign-stealing scandal to be tossed from the game for good.