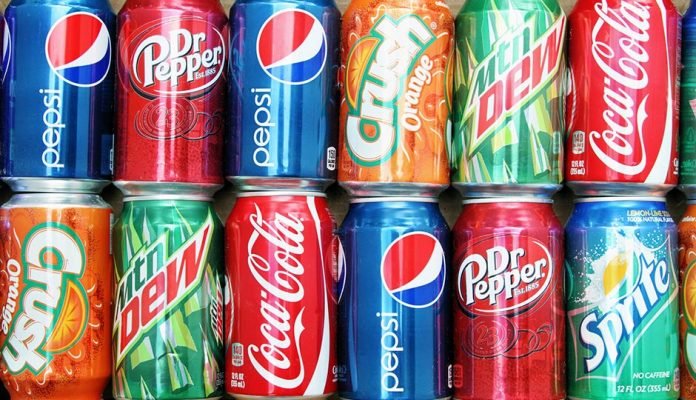 St. Kitts and Nevis (WINN) – In a three-part OP-Ed, Isalean Phillip, a Senior Advocacy Officer at Lake Health and Wellbeing, a local Non-governmental organisation, advocated for the implementation of a Sugar-sweetened beverage (SSB) tax as a public health policy intervention to combat Non-Communicable Diseases (NCDs).

According to Phillip, SSB Taxation is a standard effective policy adopted by governments to deter the purchase and consumption of SSBs.

In the series, Phillip outlined the advantages of implementing the tax on the health of the Federation, which has a high prevalence of NCDs, especially diabetes.

“Overall, trends indicate that where taxes are enforced, purchases of SSBs decline. Furthermore, the higher the tax rate, the greater the impact on consumer behaviour,” the Op-Ed read.

Phillip suggested that SSB taxation is a “win-win” solution in combatting NCDs, “Evidence shows that taxation not only helps reduce consumption, which contributes to improved health over time, but it also generates additional government revenue that can be used to fund other necessary health promotion programmes.”

Barbados imposed a ten percent SBB tax in 2015, which was increased to 20 percent in 2022 after research suggested that consumers’ purchasing habits shifted to purchasing cheaper SSB options instead of reducing consumption.

In a brief conversation with WINN, the Senior Advocacy Officer provided an estimation of the snowball effect of how an SSB Taxation in St. Kitts and Nevis could lower the risk of NCDs in the Territory.

“The objective of SSB taxation is really to deter consumers from purchasing and consuming sugary drinks. We know that they contribute to the risk factors related to Non-Communicable Diseases like overweight, obesity, high blood pressure, and especially diabetes, which we have a very high prevalence rate up here in the Federation. The evidence of SSB tax effectiveness actually shows that when higher tax rates are implemented or adopted that they do have a correlation with reduced purchases [of] these sugary drinks. Reduced purchases also correlate to reduced consumption of these products. With reduction in consumption, the long term effect that’s anticipated is that we will eventually see improvements in health outcomes. There’s data constantly being collected around this; we do have data from other jurisdictions that indicates that this is the actual snowball effect that is happening as a result of adopting a policy like this,” said Phillip on May 27.

What would happen if the Federation continues on the path it is currently on; what could it possibly do to the healthcare system in SKN?

Phillip explained that NCDs are illnesses that we get due to lifestyle choices and genetics and not what is contracted from others, thus making them preventable. However, they are the leading cause of death and disability locally, regionally and globally.

“Considering the fact that NCDs are now affecting more and more people who are in their prime economically productive years, and that these deaths are usually preceded by disability, if we don’t change, if we don’t take a comprehensive approach to NCD prevention and control, the expectation is that we will not only have a reduction in productivity because we will have a nation full of unhealthy unproductive people, disabled people, but it will also have an increased burden on healthcare.”

Phillip continued, “Imagine … We have fewer people who are able to be productive because they’re suffering from some sort of Non-Communicable Disease or some kind of disability as a result of that and then, yet we have to invest more in health care to take care of these people, but they’re not productive in order to contribute to the economy. And so, it really threatens the sustainability of a nation-state and our economic viability. That’s why it’s such a major issue and a major concern because, like I said, NCDs are the leading cause of death, and they are preventable.”

The prevalence of NCDs is likely to threaten healthcare systems; case in point, people who were afflicted with NCDs, had a higher risk of severe disease and death during the height of spread of the COVID-19 virus before the mass adoption of vaccines.

Convenience may also be a leading factor in the prevalence of NCDs.

“We’ve progressed to a point where everybody has access to vehicles, so we need to really go from our office work where we sit at a desk, and we jump into our vehicles, and we drive home and jump into our beds. We’re not burning as many calories, and similarly, with children, we’re seeing increasing rates of childhood obesity. We’re seeing increasing rates of younger people being diagnosed as pre-diabetic because our children aren’t as active as they used to be. But everything is a lot more convenient; they are eating a lot more fast food, they are eating a lot more Ultra-processed foods, and I don’t think we recognise that it’s all connected in these ways. And in order for it to shift, we need to shift our thinking and our understanding around what a healthy lifestyle needs to look like [and] what needs to be included in that.”

With the convenience of living in mind for developed and developing countries, the issues can be further compounded with the effects of the COVID-19 pandemic and the Russia/Ukraine conflict on the global supply chain, shortage of food and inflation affecting even the cheapest goods.

“And that’s certainly an area that civil society organisations that work in the health space like Lake Health and Wellbeing, that’s certainly something that we do acknowledge and recognise, and that’s an area for advocacy when it comes to government in terms of what government can do to help make healthy foods more accessible. One of the things that it’s obviously clear is that cheaper foods are a lot more accessible, so persons in a lower income bracket, they are typically the ones who are most affected by these Non-Communicable Diseases. And so, for example, with taxation, the idea would be to make these beverages more expensive, and then the revenue that’s generated from the tax is something that we would want to see earmarked or reserved to put back into some kind of public health promotion or something like subsidising fruits and vegetables to make those things more affordable and more accessible for people.”

Phillip remains positive about the government’s adoption of a possible tax on SSBs as a national health policy from the Ministry of Health addressed on SSBs in the 2022 Budgetary debate by the Minister of Health, the Hon Akilah Byron-Nisbett.

Lake Health and Wellbeing has been promoting healthier lifestyle choices, primarily through their “You’re Sweet Enough” Campaign to convince people of the Federation to choose water over sugary drinks, and Phillip reported that the response from the community has been good with the people they have managed to reach agreed that NCDs are a problem.

However, the Advocacy Officer shared that the breadth of their reach is a challenge.

“That’s always a challenge, you know, making sure that the reach is out there because if you engage with persons, I go to the health fairs, I would go into workplaces do presentations, and then there are still people who are like “no I’ve never heard of that, or I didn’t know that there was so much sugar in these drinks that I’m drinking”. And so that’s always a challenge, you know, kind of still getting the message out there… the challenge is always… you can always give people all the information and education, but it’s still up to them to make the change.”

Adoption of the information into action is also of concern.

“Ultimately, we’re looking for a shift in terms of culture, in terms of our food and nutrition culture. Culture is something that takes longer to change and shift, and it does require individuals to respond by making the choices as well. That would be, I think the challenge… how does the information that we’ve been spreading, [and] how does the education actually translate into behaviour change? Are we seeing people choose water instead of soda or [an] unsweetened local drink? That’s kind of where the challenge is, to be able to quantify or to be able to measure. We haven’t been able to do that, but I think the education continues, and that would be my call to action for people out there. You have the information; we know these things are bad for us, so it comes down to the discipline to actually make healthy and better choices. And hopefully, with something like taxation on sugary drinks, that’s just another measure to help encourage people to make these healthier choices.”

Finally, Phillip urges people not to think of the possibility of a tax on SSBs as a burden on them but as an investment in one’s health.

“Don’t think about the tax as another kind of onerous thing as the government is trying to take money from us; it is a health policy. The objective of this taxation is so that we can improve health outcomes. People usually hear tax, and they’re like, “oh, no, we don’t want to tax,” but it’s also considered that you wouldn’t be affected by the tax if you don’t purchase drinks. And that I think is what I would like people to understand, that it’s really for the common good, ultimately. And I would hope that people can help to join in terms of supporting a tax by calling on the government to actually reserve the revenue that’s raised from that tax to put back into things like healthcare, which we know is an area that can always use more resources. That’s kind of the fight for us as CSOs in terms of actually being able to hold government accountable if and when they do implement the tax to reserve that revenue to put back into public health.”

Phillip hopes that there will be more support from the public for the implementation of policy interventions that can help combat the spread of Non-Communicable Diseases.