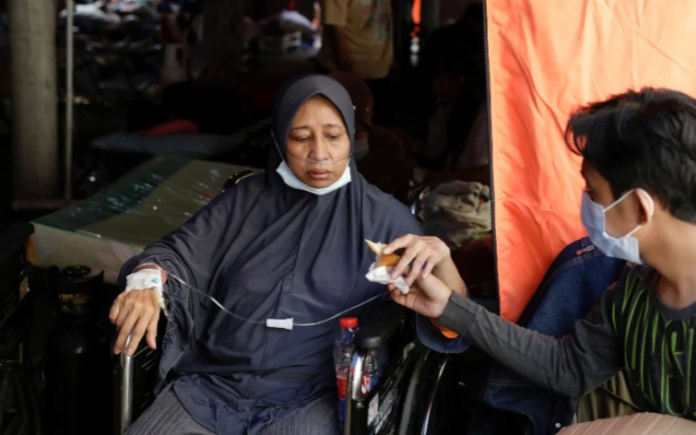 (Al Jazeera) COVID infections have surged in Indonesia, a nation of 270 million people, in the past week, with more than 2 million cases reported as of Saturday, and hospital occupancy rates soared to more than 75 percent in the capital Jakarta and other hard-hit areas.

The country is also grappling with new virus strains, including the highly infectious Delta variant first identified in India.

In Jakarta, the surge in cases have forced hospitals to set up emergency tents, according to Detik news website, which quoted provincial government officials.

In Medan, the capital city of North Sumatra province, Dr Inke Nadia D Lubis, member of the COVID task force in the area, reported that in the last six months as many as 1,800 children have been infected with the virus, including 14 who have died.