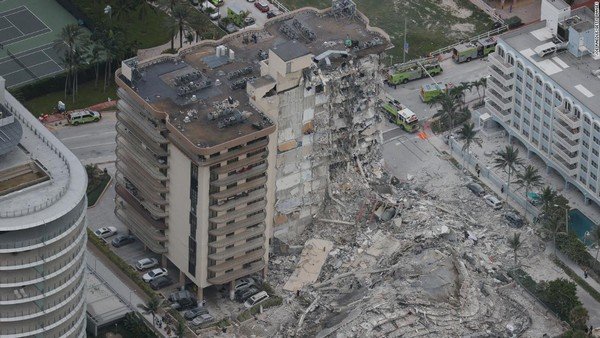 (Miami Herald) The arduous and heartbreaking task of recovering the bodies of victims at the site of the collapse of the Champlain Towers South condo began overnight and continued into a somber Friday morning in Surfside.

No additional survivors had been found since Thursday morning.

State Chief Financial Officer Jimmy Patronis, who also serves as the state fire marshal, said on CNN early Friday morning the rescue mission would continue into the day, with search-and-rescue teams from Naples and Orlando coming to relieve Miami-Dade searchers who had been working their way through the rubble for more than 24 hours.