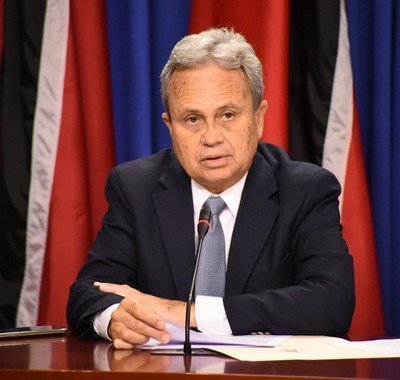 (Trinidad Express) A fine of $10 million and imprisonment for ten years for any person who establishes or operates a Ponzi scheme or pyramid scheme.

A fine of $5 million and imprisonment for five years for anyone who participates in a Ponzi scheme, or what the legislation describes as a “prohibited scheme”.

For someone “who knowingly advertises” such a scheme the penalty is a fine of $2 million and three years imprisonment.

Imbert said there is no specific legislation in T&T which criminalises Ponzi and pyramid schemes and schemes of that nature, though there were various provisions in pieces of legislation that would allow the authorities to act once the scheme falls within certain definitions within the Securities Act.

“And some of these operators are quite clever and are fairly familiar with the grey areas in the law and therefore have attempted to get around the areas of the law with their Ponzi schemes and pyramid schemes,” he said. He said Clauses 3 and 13 of the Finance Act address the criminalisation of these schemes under the Proceeds of Crime and Securities Acts. Imbert stressed that the traditional sou sou arrangement was not being prohibited or outlawed because it had none of the features of the “prohibited scheme” or Ponzi scheme.

“In the public domain in and around September 2020 there were many reports in the local media suggesting the operation of a well-organised money laundering scheme under the guise of a pyramid scheme in Trinidad and Tobago. The allegations were so serious that the matter quickly gained the national spotlight and created dialogue on the existence of Ponzi, pyramid and other schemes operating in parallel to what is known in local parlance as the sou sou which is a legitimate operation, where persons contribute to a ‘hand’ and wait their turn for their ‘hand’.”

He said the Government had been looking at the matter and noted the deleterious effects of Ponzi and pyramid and other similar schemes on the economy and on the vulnerable in society. He said with that in mind Clause 13 (b) of the bill establishes a comprehensive definition of the term prohibited scheme “to ensure that there is no ambiguity, loophole or lacuna in the law that would allow persons in the future to establish and operate one of these schemes”.

Under the bill, “prohibited scheme” means: “a business structured in such a way that the returns an investor or client earns is directly tied to the number of persons he recruits to join the scheme”.