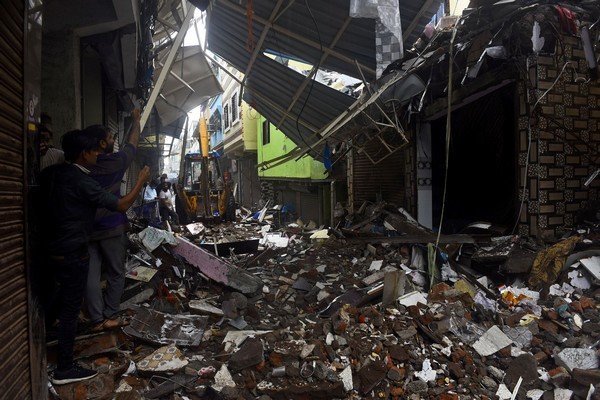 MUMBAI/NEW DELHI, July 24 (Reuters) – Rescue teams in India struggled through thick sludge and debris on Saturday to reach dozens of submerged homes as the death toll from landslides and accidents caused by torrential monsoon rain rose to 125.

Maharashtra state is being hit by the heaviest rain in July in four decades, experts say. Downpours lasting several days have severely affected the lives of hundreds of thousands, while major rivers are in danger of bursting their banks.

In Taliye, about 180 km (110 miles) southeast of the financial capital of Mumbai, the death toll rose to 42 with the recovery of four more bodies after landslides flattened most homes in the village, a senior Maharashtra government official said.

“About 40 people are still trapped. The possibility of rescuing them alive is thin as they’ve been trapped in mud for more than 36 hours,” said the official, who declined to be identified as he is not authorised to talk to the media.