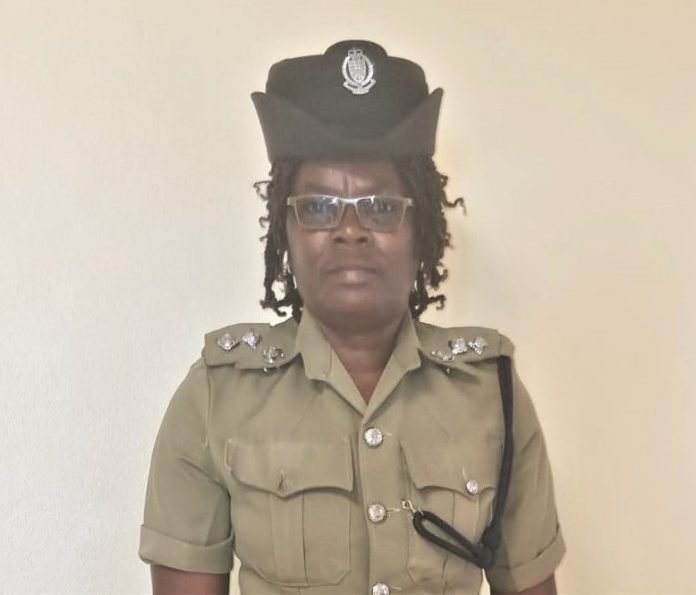 (Press Release) Her Majesty Queen Elizabeth II, as Head of the Commonwealth, has today, 6 May, recognised Inspector Rosemarie Isles Joseph, representing St. Kitts and Nevis, as the 224th Commonwealth Point of Light in honour of her exceptional voluntary service supporting young people across St. Kitts and Nevis through explorer clubs and activities.

Inspector Isles, aged 53, is a Police officer who created a series of Explorer Community Youth Clubs to provide a safe space for children and young people at risk of gang violence and crime. Inspector Isles set up the first club in 2017 in the Molineux and Phillips neighbourhoods, with its success leading to the creation of further clubs across the country.

With thirteen Explorers Clubs now established in different communities, and an approximate membership of 1400 children in St. Kitts, Inspector Isles is poised to launch the first club in Nevis in a few weeks. The clubs run after-school programmes, field trips and camping opportunities during school holidays, and have a particular focus on cadet parade and drill to help build discipline and camaraderie.

The award for Inspector Isles also comes as the Queen’s Baton for the 2022 Commonwealth Games in Birmingham travels to St. Kitts and Nevis, the latest stage of its 294-day long journey to every corner of the Commonwealth. As part of its journey, the Baton Relay is showcasing inspiring individuals and communities from across the Commonwealth, sharing stories of hope, solidarity and collaboration.

“I am extremely delighted to be the recipient of the Commonwealth Points of Light Award. I express heartfelt thanks and appreciation to Her Majesty The Queen for the award. It is an extremely good feeling that my vision and hard work in building the Explorers Youth Clubs in the Federation of St. Kitts and Nevis are being recognised in such a prestigious manner. June 26, 2022 will mark exactly five years since, on my own initiative, I launched the first Explorers Club at Mol Phil.

Government later embraced Explorers and has provided substantial budgetary support annually. I must extend sincere appreciation to Mr. Osmond Petty, Permanent Secretary for National Security, for his strong support for Explorers. I sincerely thank and cherish the dedicated support of the hard-working and committed Officers of the Community Policing Team, past and present, the many parents and other family members of the Explorers children, and the businesses that support us. Once again, thanks to Her Majesty The Queen for so graciously recognising my work and, by extension, the Explorers Youth Clubs.”

“Inspector Isles has made a remarkable and sustained contribution to the protection and development of at risk youth in St Kitts and Nevis. Many of whom have turned away from the lures of crime and gang violence – thanks to the safe spaces created through the Explorer Community Youth Clubs.

I commend Inspector Isles on her commitment to growing these clubs, which are equipping an ever-increasing number of young people with vital skills to serve their renewed purpose. She is thoroughly deserving of this award.”

The Commonwealth is a diverse community of 54 nations that work together to promote prosperity, democracy and peace. The Heads of Government meeting brought together leaders from all the 54 Member countries to reaffirm common values, address shared global challenges and agree how to work to create a better future for all citizens, especially young people. Voluntary service is a vital part of this agenda, which is why Her Majesty The Queen has chosen to recognise outstanding volunteers across the Commonwealth in this special way.