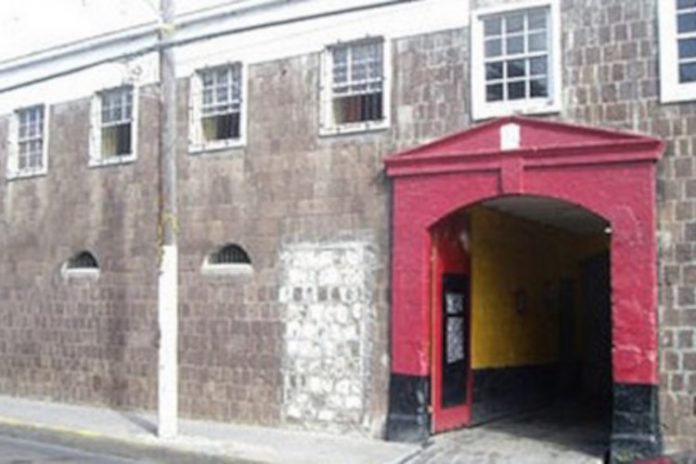 That was the topic for discussion on the Wednesday (April 13) broadcast of Working for you.

The Officials at Her Majesty’s Prison (HMP) in St. Kitts and Nevis indicated that all prisoners, regardless of their crime, should be treated with dignity and valued as human beings.

Principal Officer Charles Molyneaux outlined the elements afforded to prisoners during their time.

“Prisoners are entitled to three square meals, medication, and, of course, they must be treated like human beings because that is someone’s brother, sister, mother, and father. Persons being sent to prison that was the punishment; they are not to come to prison to be punished. They come there because they may have infringed on the law at some point in time, and the court would have put them in prison for such time until the court sees fit. But once they come there, they have to be treated like human beings. They can’t be treated any other way.”

“You can’t ill-treat prisoners of war, much less persons who would have committed a traffic offence or something else. You have to treat people [negatively]… because things can change. You may defend your family, and you end up on the wrong side of the law because you defended your family. You might have ended up in prison for whatever reason, be it remanded or convicted, and you still have to be treated [humanely].”

During the program, the prison officials also addressed one of the primary reasons for a prison sentence, rehabilitation.

Rehabilitating prisoners creates opportunities for inmates to make a smooth reintegration into society, and prison officials indicated that the rehabilitation programme here has been successful.

Molyneaux shared that the prison has seen fewer re-offenders over the years but admitted that there was still a small percentage of recidivism.

According to the officer, the programme’s success lies in the reduction of the prison population.

“Back in as early as 2014/2015, we would have had about 374 prisoners within the Federation, and presently we have about 160 between St. Kitts and Nevis. That in itself speaks volumes. A lot of people who you would have seen going out and coming back in, they no longer come, and some of them you will see with meaningful jobs,” said Molyneaux.

“There are persons who would have come into the institution, [learned] a skill, helped with some of the projects that are going on. For example, the Defence Force, the male barracks there, prisoners assisted in building that… [and] after [leaving] prison they ended up doing their own thing.”

Hodge shared a success story of the rehabilitation program’s efforts.

“Almost years ago [I had] two inmates [doing a] Bachelor’s Degree at the University of the West Indies (UWI), and they were sponsored by the Ministry of Education [and] also the Ministry of National Security. And they are out of prison at this moment, and they are able to continue and get more educated so they can get a good job.”

Hodge, an officer responsible for the rehabilitation of prisoners, said the program continues, and she is hopeful that other prisoners would be interested in starting degrees or learning a vocational trade while serving their sentence to reenter society ready to contribute positively.

See the entire edition of Working for You here: