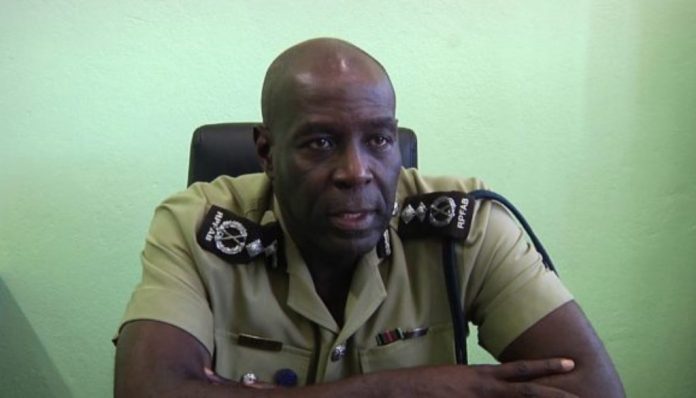 (Antigua Observer) High Court Justice Ann-Marie Smith has ruled that the appointment of the current Commissioner of Police (CoP), Atlee Rodney is unlawful, null, and void and that the termination of the former commissioner, Wendel Robinson was also unlawful, null and void.

“Except for constitutional reliefs, the court agreed and declared everything else in the reliefs sought,” Robinson told Observer in a brief statement.

The decision followed a motion filed by Robinson, who now practices as an attorney-at-law.
In his June 2020 declaration, Robinson told the court that his termination as Commissioner was unlawful, null and void and infringed his constitutional rights; that the decision to strip him of his pension rights and gratuity was unlawful and unconstitutional; that the decision to remove him was unreasonable and motivated by bad faith or improper purposes and breached the rules of natural justice.

Rodney was appointed Commissioner of Police in February 2020, three months after Robinson was terminated, stripped of his rank, his pension, gratuity, and other allowances that he would have accumulated during 32 years and 10 months of service in the Royal Police Force of Antigua and Barbuda.

The trouble for Robinson began in April 2018 when he was suspended from his duties amidst allegations of misconduct. He was investigated by a team of special constables four months later who eventually served him with several disciplinary charges.

In May 2018, Robinson filed Judicial Review Proceedings in the High Court. In October that same year, the court ruled that his suspension was unlawful and ordered that he be reinstated and awarded cost.

Instead, the Public Service Commission (PSC) suspended Robinson a second time just hours after the High Court decision, on the basis that he was served with disciplinary charges. That matter is still being challenged in court.

Robinson, who served as the commissioner of police since March 2016, was officially terminated in November 2019 – a decision that he is currently appealing in court.
April 30th has been set for deliberations and award for damages on the recent High Court ruling.

Meanwhile, Observer understands that attorney Dr. David Dorsett, who represents the Police Service Commission in the matter, is planning to file a stay of judgement.