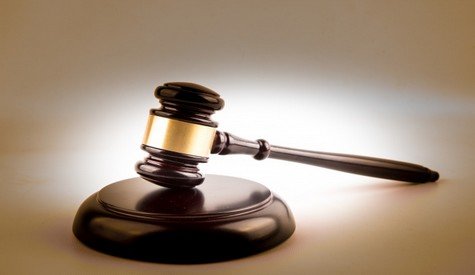 St Kitts and Nevis (WINN): The High Court Thursday morning (May 28) was scheduled to hear arguments in the constitutional claim filed May 22 and May 27 seeking an injunction against the government imposed State of Emergency and access to the state-controlled ZIZ Broadcasting.

The SKNLP argues that the state of emergency resolutions Of April 18 and May 13 were unconstitutional and COVID-19 Emergency Regulations published by the Government on 8th May are unlawful, disproportionately restrictive, and discriminatory against the St. Kitts-Nevis Labour Party and its supporters.

“All current and future measures (including closed borders and mandatory quarantine) to protect public health and safety or prevent a second wave of Covid-19 can be effectively managed under the Public Health Act. Over the last nine days since the announcement of the elections, despite the Emergency Regulations being in place, members of the Government and their supporters have been gathering in large numbers for political meetings (both indoor and outdoor meetings), while the police have been directed by their ‘superiors’ to suppress similar opposition activity.”

Attorney General Vincent Byron published a press release Wednesday (May 27) stating that the government did not agree with the claims made by the SKNLP and would vigorously defend them.

The AG stated that the state of emergency was instituted after confirmation of the first two cases of COVID-19 and were instituted, on advice of medical experts, to combat the spread of the virus.

” These Regulations were put in place on the advice of medical experts on the grounds that the measures outlined therein were reasonably required in the interest of public order and public health to combat Covid-19 in the Federation. These measures apply equally to everyone in the Federation of St. Christopher and Nevis.”

Daily briefings have been conducted by the COVID-19 Task Force. These briefings have been presented in an unbiased and professional manner and have demonstrated, the effectiveness of the measures outlined in the Emergency Regulations. The response of the Covid-19 Task Force has been measured and has resulted in our country having at this time no hospitalizations or deaths from the Corona Virus and no known active Corona Virus cases.

Meanwhile, on Wednesday (Nomination Day, May 27), ZIZ Broadcasting announced that equal broadcasting time would be provided to the five registered political parties and any nominated independent candidate ahead of the June 5 General Election.

ZIZ said it would allocate eight hours of paid programming to each registered political party and nominated candidate and political ads for all parties would be aired for the first time in the organization’s history.

“ZIZ will also allocate an additional 30 minutes per day, free of charge, to each registered political party and independent candidate, the cost of which will be borne by the State as a gesture of goodwill,” the statement read.

WhatsApp
Facebook
Twitter
Linkedin
Email
Print
Previous articleHanley: I Am Not A US Citizen
Next articleEvelyn: I Will Bring It Home