Hon. Cleone Stapleton-Simmonds: “I am fully confident that this is NRP’s time” 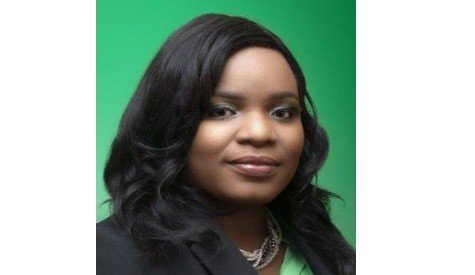 St. Kitts and Nevis (WINN): The Nevis Island Assembly Election is pending, and the Deputy Leader of the Nevis Reformation Party (NRP), the Hon. Cleone Stapleton-Simmonds, says the atmosphere at present is showing a positive outlook for the NRP.

“We believe that the time is now ripe. It is fruitful for a change of Government. That is the atmosphere here in Nevis, where people are crying out and they definitely need that change. So, with our preparation, I am fully confident that this is NRP’s time to take over the Government and to bring a sort of relief to the good people of Nevis. It is something that is desired tremendously and so we are looking forward to delivering on that promise.”

Stapleton-Simmonds, the only NRP elected Member of Parliament, acknowledged NRP’s defeat in the recently held St. Kitts – Nevis National Assembly Elections but equally rejoiced in the significant support to her party from all constituencies. She remains hopeful that the NRP will be victorious when the election is called.

“The trend in Nevis tends to show that for the Federal Elections, the voter turnout is generally lower than the local elections. Nevisians tend to wait in anticipation and participate more actively in the local elections as opposed to the General Elections. Now, we’re quite mindful that we recently had a Federal Elections where CCM regained all three seats, but what is encouraging is the fact that the Nevis Reformation Party made significant strides. We saw an increase in all of the polling divisions and so we are quite happy about that. It’s quite unfortunate that we were not successful, but at the same time, because of the trend that we have seen where people are really moving towards NRP and are giving us their full support. We anticipate that we will get greater support during the local elections.”

The NRP is set to contest the five parliamentary seats in the Nevis Island Assembly Elections with four female candidates and one male candidate. The election is constitutionally due in March 2023.

Speaking on the Caribupdate show “The Narrative” with host Calistra Farrier, Stapleton-Simmonds said the NRP is currently engaged in outreach initiatives, such as canvassing and town hall meetings, as the party seeks to gain majority votes in the election. The last time the NRP formed the Government was in 2006 when Mr Joseph Parry was party leader.