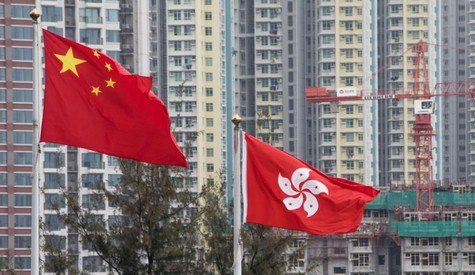 TAIPEI (Reuters) – Taiwanese officials in Hong Kong have been told their visas will not be renewed unless they sign a document supporting Beijing’s claim to Taiwan under its “one China” policy, a person with direct knowledge of the matter told Reuters.

The move comes after Taipei criticised a new security law imposed on Hong Kong by Beijing, and opened an office in Taipei this month to help people who may want to leave the Asian financial centre.

Several Taiwanese officials at its de facto Hong Kong consulate who were due to renew their visas have been asked by the city’s government to sign the document, a senior Taiwan official with knowledge of the matter told Reuters.

The official said the move was unprecedented and presented an “unnecessary political obstacle” for Taipei-Hong Kong ties.

“They won’t issue the visa if we don’t sign the document,” the official said, declining to be named due to the sensitivity of the matter. “It’s entirely a problem created by them.”

“We will try our best to defend our stance. Our representatives in Hong Kong will hold fast to their position.”