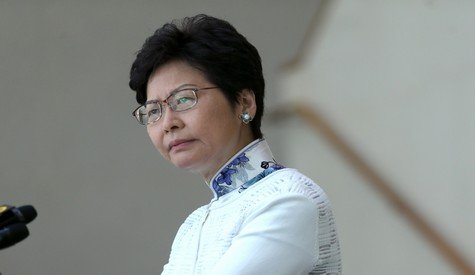 HONG KONG, April 4 (Reuters) – Hong Kong’s embattled leader Carrie Lam, who has governed the global financial hub through the unprecedented upheaval of anti-government protests and COVID-19, said on Monday she will not seek a second five-year term of office.

Lam’s announcement came as media said Chief Secretary John Lee, Hong Kong’s second most senior official, was set to resign to join the race to replace Lam in May as the Chinese-ruled city’s next leader.

“There’s only one consideration and that is family. I have told everyone before that family is my first priority,” Lam told a regular press briefing.

“They think it’s time for me to go home.”

She declined to comment on possible candidates to replace her and said she had not decided on her future plans.

Lam, born in British-ruled Hong Kong in 1957 and a life-long civil servant who describes herself as a devout Catholic, took office in 2017 with a pledge to unite a city that was growing increasingly resentful of Beijing’s tightening grip.